From Japan to Cersaie, the first in-person lecture by Shigeru Ban | by Elena Romani

Article published in: "A sensitive, sustainable architecture that looks to ceramics"

Cersaie has maintained its focus on the world’s great architecture with the keynote lecture given by Pritzker Prize Laureate Shigeru Ban, introduced by architecture historian Professor Francesco Dal Co and organised as part of the “building, dwelling, thinking” cultural programme.

“I chose Cersaie in Bologna as my first trip abroad and am delighted to be speaking in person again in front of such an important audience,” said Shigeru Ban. “I mainly work with people in difficulty because I want to improve their living conditions. I prefer permanent buildings, I don’t like temporariness.”

The Japanese architect, who previously took part in Cersaie in 2012 when he visited the areas hit by the earthquake and was awarded the Pritzker Prize in 2014, has demonstrated to the world the infinite architectural potential of inexpensive, completely natural materials and has made lightness and sustainability his signature style. The common thread running through all his works is the structural use of natural elements with the aim of minimising waste material. His work is closely bound up with the Japanese tradition of continuously transforming the building envelope. Materials are never finished: once consumed they are redesigned, freeing them from convention. 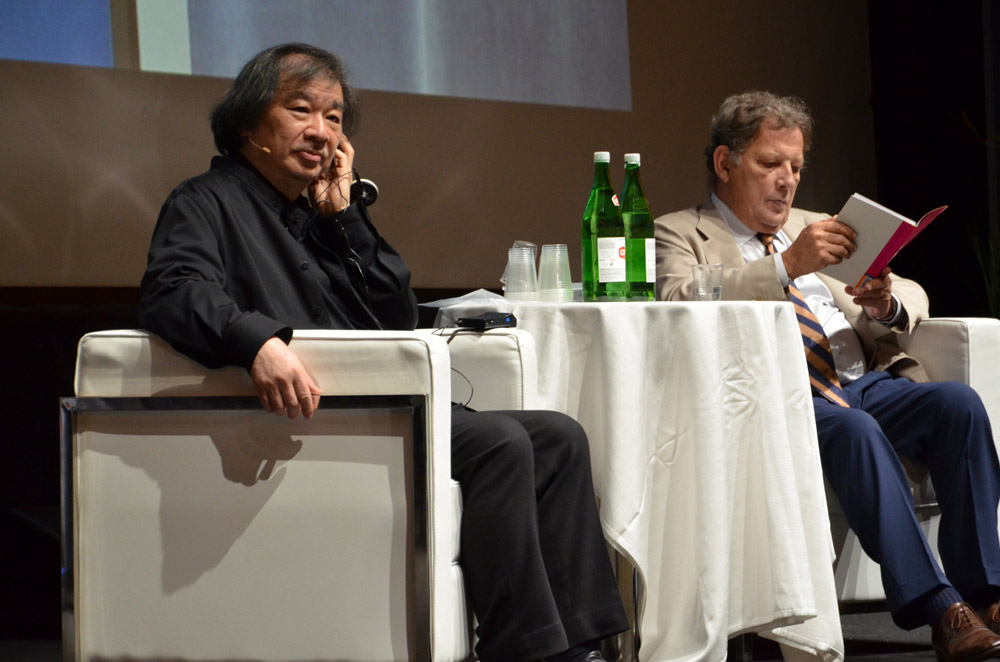 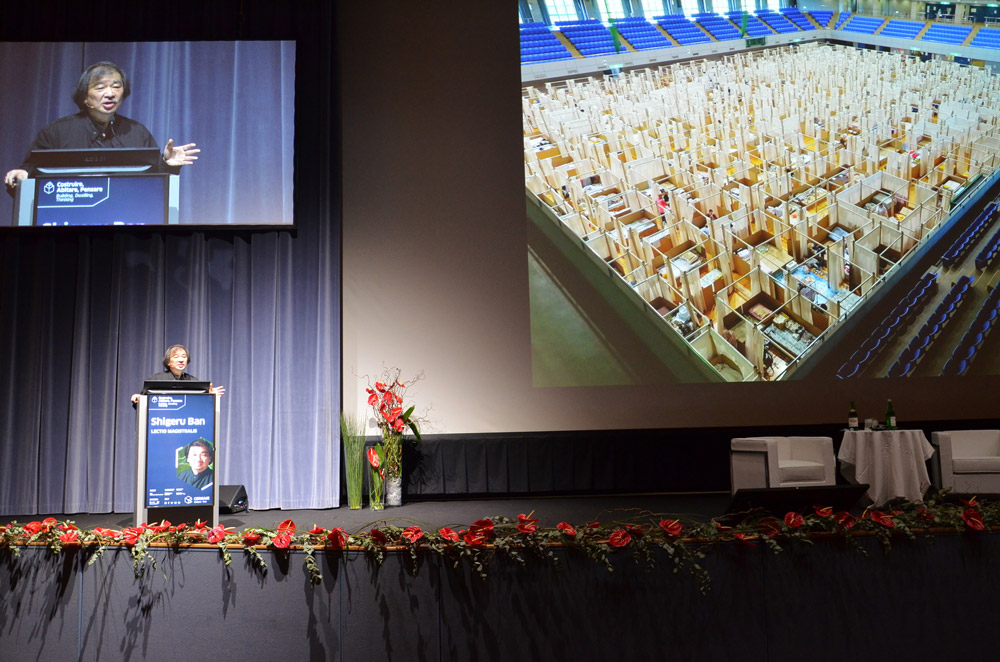 In his lecture, Shigeru Ban explained his idea of sustainability using examples from his most representative projects: “External form is just one of the ingredients of architecture. I don’t look at aesthetics, but at a building’s functionality. For me sustainability is about respect for materials, not about fashion.” Recalling his teachers – first and foremost Arata Isozaki, but also Emilio Ambasz, who was present in the hall – Ban retraced the steps in his career, starting out with the Cooper Union School of Architecture, a project that immediately defined his architectural style, followed by the Japan Pavilion Hannover Expo 2000, the Nicolas G. Hayek Center and the Centre Pompidou in Metz.

Born in Tokyo in 1957, Ban attended school in Japan and worked at the studio of Arata Isozaki, then studied in the United States at the Southern California Institute of Architecture and the Cooper Union School of Architecture, where he graduated in 1984. The following year he founded the practice Shigeru Ban Architects in his native city and today works between Tokyo, New York and Paris. Amongst his most innovative works are the Curtain Wall House, the Japan Pavilion Hannover Expo 2000, the Nicolas G. Hayek Center and the Centre Pompidou-Metz. He is renowned the world over for his commitment to designing inexpensive solutions suitable for use in emergencies such as earthquakes and other natural disasters. He has completed dozens of projects of this kind, including the Paper Log House (inexpensive, rapid-construction housing for people who lost their homes in the Kobe earthquake),and the Paper Church, also in Kobe (1995), the Temporary Elementary School in Chengdu (China, 2008), Container Temporary Housing in Onagawa (Japan, 2011) and other projects in Turkey and India. His work took on a collective dimension when he founded the VAN (Voluntary Architects’ Network), an NGO consisting of a network of professionals involved in these kinds of projects.

Other articles published in A sensitive, sustainable architecture that looks to ceramics 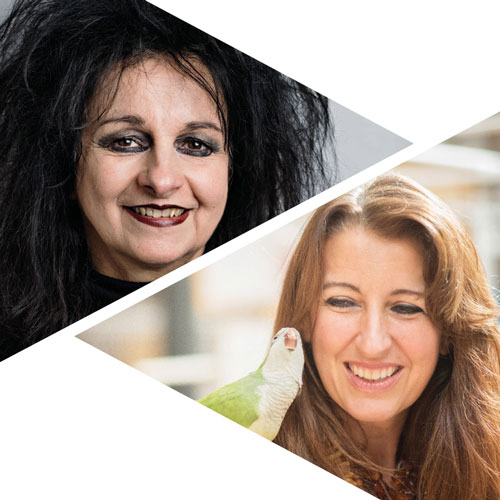 The sensitive architecture of Odile Decq and Benedetta Tagliabue

The importance of the tactile and sensorial aspects of architecture was the key theme explored by the two internationally renowned architects who addressed the conference “Sensitive Architecture” at Cersaie 2021.