Article published in: "In-person Cersaie is well received by visitors"

The 38th Cersaie, the International Exhibition of Ceramic Tile and Bathroom Furnishings held in Bologna from 27 September to 1 October, fully lived up to the expectations of the exhibitor companies that had decided to invest in the show as an opportunity to meet their customers face-to-face once again and present their latest product innovations in person. A total of 623 companies were present in a total exhibition space of 150,000 square metres in fifteen fully occupied halls of the Bologna Exhibition Centre, including 361 companies from the ceramic tile sector, 87 from the bathroom furnishings sector and 175 from the installation, raw materials, new surfaces and service activities sectors. The show’s strong international profile was confirmed by the presence of 238 non-Italian exhibitors (38% of the total) from 28 countries.

Cersaie 2021 was attended by a total of 62,943 visitors. Despite the continued difficulties caused by the pandemic in international markets, particularly in terms of intercontinental travel, the show attracted 24,019 international visitors (38% of the total), while the number of Italian attendees amounted to 38,924. A total of 464 journalists were present, including 150 from outside Italy. Total attendance stood at 56% of the 2019 figure. 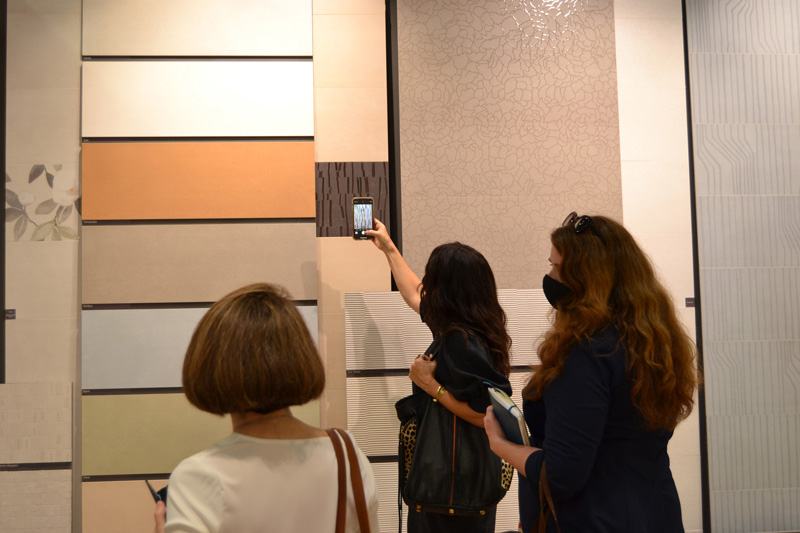 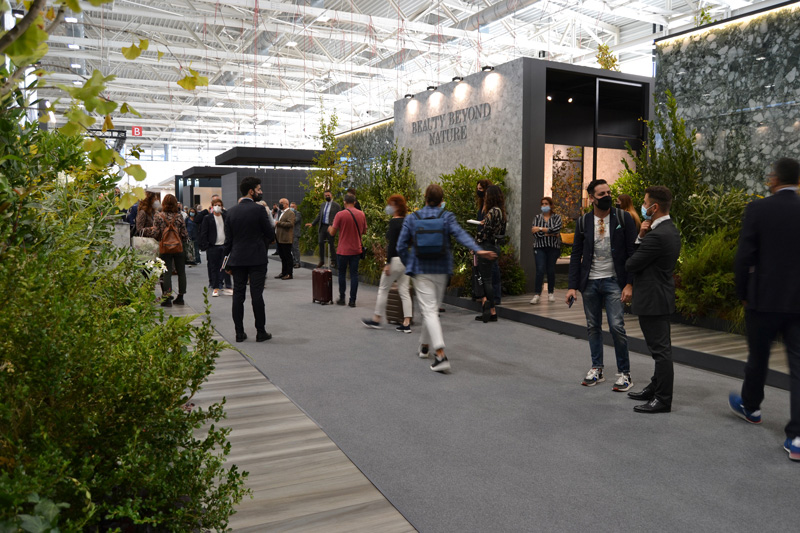 The exhibition was held in compliance with all applicable regulations to ensure safe participation in the event, with Green Pass certification required not just for the admission to the show itself but also for the stand set-up and dismantling phases, the latter of which is currently in progress. Adoption of the Green Pass allowed large numbers of customers from Italy and the major European markets to attend, although participation by visitors from Asia was more limited due to the strict anti-Covid regulations in place for returning travellers.

“I am convinced that the 623 exhibitors who took part in Cersaie 2021 saw the best possible return on their investment in a show that once again confirmed its national and international importance among distributors, architects, installers and real estate operators,” commented Giovanni Savorani, Chairman of Confindustria Ceramica. “Ceramic tile has been performing well for several months now in the various global markets thanks to the intrinsic qualities of healthiness, hygiene and environmental sustainability of our products and their ability to satisfy the growing demand for quality of living in homes and other locations. As we pointed out to the representatives of the national and territorial institutions whose presence at the show clearly indicated their interest in our sector, this recovery must not be jeopardised by the current devastating levels of energy costs, an issue that requires urgent action at an EU level.”

“Cersaie offered an extensive programme of well attended and highly effective events,” remarked Emilio Mussini, Confindustria Ceramica’s deputy chairman responsible for Promotional Activities and Trade Fairs. “Highlights of this edition of the show included the almost 600 people attending the Keynote Lecture given by Pritzker Prize laureate Shigeru Ban, the presence of ten leading Italian and European architectural firms in the Contract Hall, the exhibition of the G124 project launched by Renzo Piano to redevelop the suburbs in collaboration with young architects, the eighteen Press Cafés held during the five days of the exhibition, the seminars on ceramic tiles hosted in Tiling Town, and the 180 Cersaie Business delegates from some of Italy’s main markets, including Germany, North America and the Gulf states, who were present thanks to the valuable collaboration with the Italian Trade Agency ITA. Cersaie will continue until 8 October through Cersaie Digital, an online product showcase and business matching service for exhibitors and visitors which provides valuable support to in-person visitor participation and which will be further developed in future editions of the show.”

A spotlight on young people, inclusion, nature, suburbs and creativity at the exhibition G124 Renzo Piano at Cersaie 2021