Sustainability in the spotlight at Cersaie

The theme of sustainability dominated Cersaie 2019, taking centre stage everywhere from the architecture conferences to the inaugural convention, from installation materials to ceramic slabs. And while ceramic products were proudly displayed on the stands in all their beauty, the exhibitors armed with figures and diagrams, brochures and catalogues were keen to explain to visitors the concrete contribution that the use of ceramic in architecture brings to the environmental sustainability of the planet.

As early as 2010, Cersaie had chosen “Change of climate” as the title for its entire cultural programme, using the expression to refer not just to the already evident problem of climate change but also to the imminent transformations of society heralded by the 2008 financial crisis.

Ahead of our time was the slogan used at Coverings in 2019 to promote Ceramics of Italy with the American public and to underscore the fact that Italian ceramics have always been one step ahead of the competition. This is true not only for product design and innovation but also for environmental sustainability – as will be evident to anyone who takes the time to explore the history of the Italian ceramic industry, which for years has addressed the theme of the environment with innovative solutions. The speakers at the architecture conferences making up the ‘building, dwelling, thinking’ programme also devoted plenty of attention to environmental issues.

Indian architect Anupama Kundoo noted that in spite of the extensive technical knowledge now in our possession, we continue to build without environmental awareness. She discussed sustainability in the broadest possible sense, not just in terms of the environment, citing the factors that an architect must take into consideration. Examples include demographic concentration which often does not correspond to the availability of natural resources; the issue of migration which creates new urbanisation scenarios, resulting in fresh demands for globalisation from new citizens; and the issue of social segregation of people who cannot afford a home and are forced to live in ghettos.

Emerging Chilean architect Felipe Assadi also discussed the issue, referring in particular to the need to respect the landscape. “The landscape always has a leading role, especially in Chile where the geography and morphology of the land are much more important than history, which is still too recent,” he said. “Our relationship with matter is linked to the earth and natural phenomena. The climate is a parameter that must be kept in mind when designing.” 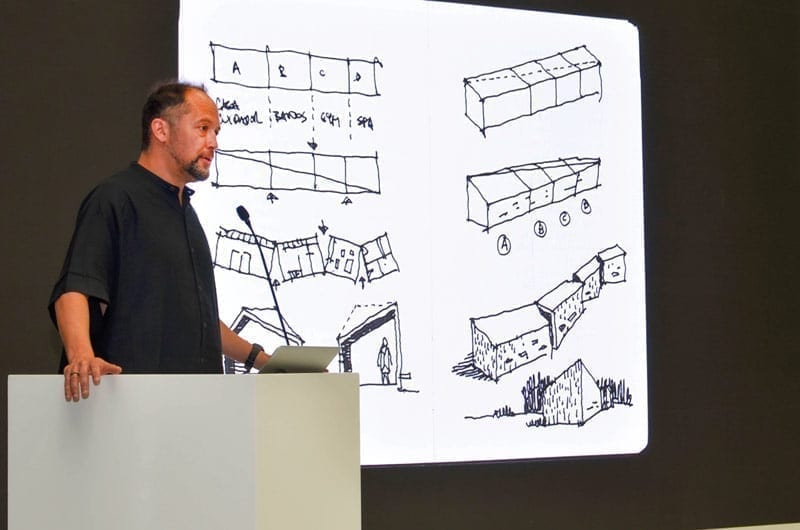 On the subject of sustainable urban renewal, the New Zealand-born architect Brendan MacFarlane presented some of the most important projects his practice has carried out in recent years, particularly in France. He began with the Orange Cube in Lyon, an urban regeneration project to create a sustainable cultural venue located in a green area with pedestrian and cycle paths, then went on to describe the Living Landscape project carried out in the suburbs of Reykjavik which lowers atmospheric CO2 emissions. 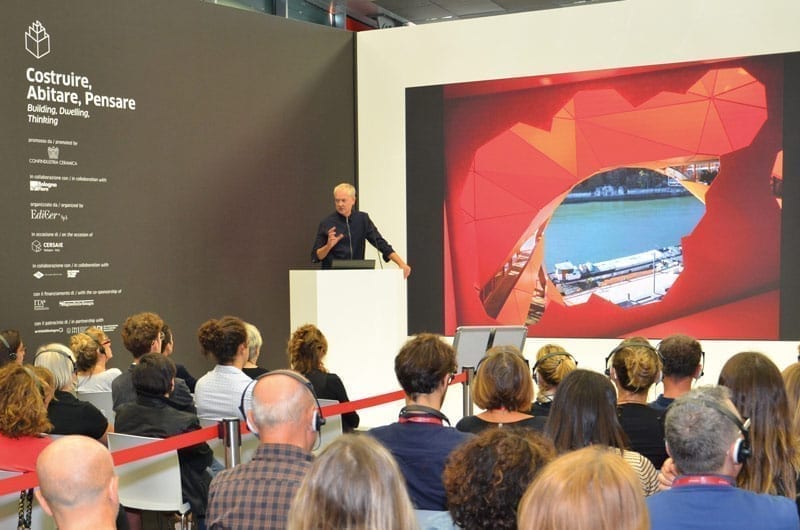 The double conference featuring talks by Argentine architect Emilio Ambasz and Milanese architect Attilio Stocchi was devoted entirely and explicitly to the theme of the environment and the relationship between architecture and landscape. Ambasz gave a conference entitled “Green prophecy”. Emilio Ambasz, whose works in the 1970s touched on themes such as sustainability and at the time seemed highly utopian, gave a conference entitled “Green prophecy”. He began by discussing the concept of Nature today. “We must create a second Nature strongly influenced by the hand of man and intrinsically connected to given Nature,” he said. “The work of an architect is a work of reconciliation. That’s why I speak of ‘Green over Grey’ and have created buildings that restore as much greenery to the community as possible, in some cases returning all the land used for construction. A work of architecture must speak to the heart, so we need to stop thinking that buildings belong in cities and gardens in the suburbs.” Next, the young architect Attilio Stocchi gave a talk entitled Nascitura in which he outlined his poetic vision of architecture. This approach involves placing experimental research into nature at the centre of his design activity, seeing it as a fundamental constitutive element in the creation of space. He discussed several of his projects, from the installation Cuorebosco (2011) – a reconstruction of the Celtic forest, the first historical nucleus of Milan, consisting of metal trunks and misty branches and surrounded by birdsong – to the latest two projects carried out in cooperation with the Archaeology, Fine Arts and Landscape Heritage Commission of Milan: the Collina di ERMES (2018) in Palazzo Citterio and the important new construction site for PAN (2019), the Amphitheatrum Naturae Park already described by the press as the “Green Colosseum”. 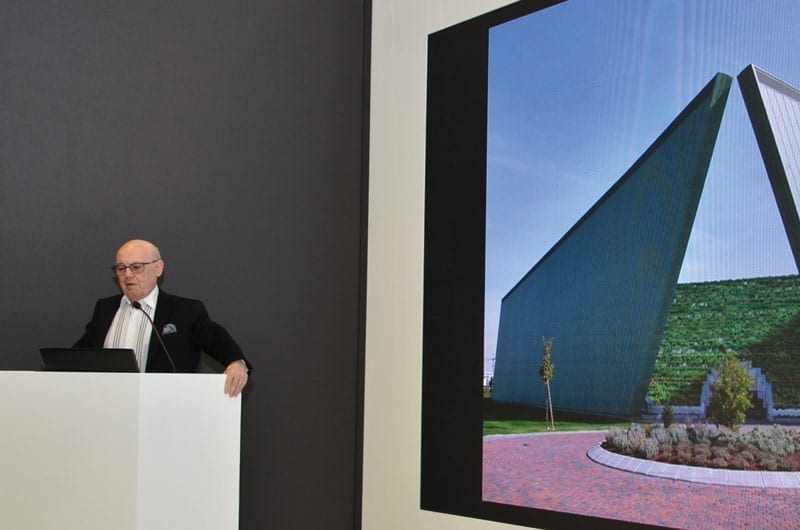 With theme areas spanning architecture and nature, ceramics and living solutions, Cersaie 2019 was a highly successful show attended by 112,340 visitors, including 52,997 from abroad, more than 47% of the total. The Exhibition of Ceramic Tile and Bathroom Furnishings continues to confirm its international appeal and cement its position as a major annual world event for the ceramic industry.

Other articles published in Cersaie confirms its international value 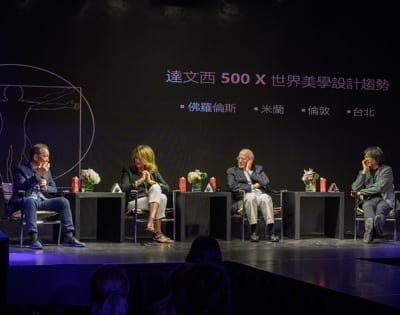 Ceramics of Italy at the Design Innovation Forum in Taipei

The five hundredth anniversary of the death of Leonardo Da Vinci is a historic event marked by worldwide celebrations to honour one of the most exceptional Italian minds of all...