The unexpected cities | by Giorgio Costa

The European real-estate market is changing and it is the capitals of the smaller countries that are climbing the rankings most dramatically. In particular, Lisbon has unexpectedly established itself as Europe’s most attractive city in terms of both investment and development. And while Berlin occupies the Number 2 spot, a short way behind in fourth and fifth place come Madrid and Frankfurt, followed by Amsterdam, Helsinki (eighth) and Vienna (ninth).  Athens has also performed well, rising to Number 14, six places ahead of Milan (twentieth), while Rome has slipped inexorably to 28th, ahead only of London, Moscow and Istanbul. 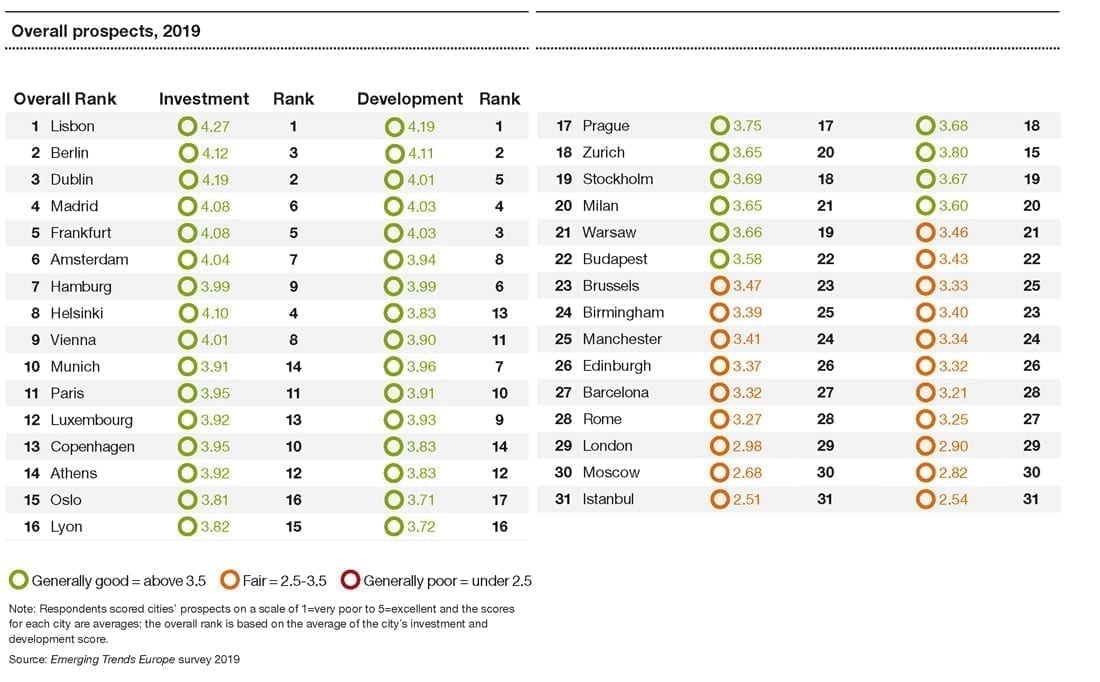 This is the picture that emerges from the report published by the ULI (Urban Land Institute) entitled “Emerging Trends in Real Estate. Creating an impact (Europe 2019)”, produced in collaboration with PwC. In general, the report reveals that real estate valuations have reached very high levels and the end of the upward price cycle is approaching rapidly. Contributing factors include the uncertainties surrounding Brexit and the difficult situation in countries such as Italy and Turkey. But the aspect that is common to all countries is the lack of social and affordable housing, a segment that also continues to be neglected by private equity investors. In any case, industry professionals believe that there remains a significant amount of capital interested in property and that the greatest challenge at present is finding quality assets.

The largest share of real estate investment between December 2017 and September 2018 has continued to be allocated to the UK (€68 billion), followed by Germany (€65 billion) and France (€39 billion). Next come the Netherlands with €21 billion and Spain with €19 billion, well ahead of Italy and Poland (level on €7 billion) which even trail behind Sweden (€11 billion). The average Eurozone property yield has fallen sharply (from 6% in 2009 to less than 4% in 2018) but remains well above Eurozone bond yields of just above 1%. In any case the impression of the majority of operators (46%) is that prime asset valuations have reached a very high level and are now overpriced. Although Chinese capital has been severely reduced, investment pressure from Asia remains high (€124 billion of investments) and this is expected to continue over the coming months (the influx of capital from Japan’s Government Pension Investment Fund is a particularly significant factor). This compares with the €63 billion and €20 billion of European and US investors respectively. Shared accommodation and housing for the elderly and students are amongst the most popular investments, while city-centre and out-of-town shopping centres languish towards the bottom of the rankings. Offices likewise do not appear to offer particularly good prospects.

Looking at property transaction trends in individual cities, we find that the most dynamic market between 2017 and 2018 was London with €20 billion of transactions, followed by Paris (€12 bn), Berlin and Frankfurt (€8 bn). Milan languishes at the bottom of the rankings with €3 billion on a par with Madrid. The aspect that emerges most clearly is that Germany’s powerhouse cities Berlin, Hamburg, Frankfurt and Munich are now overpriced and it is no longer possible to find interesting opportunities. As a result, attention is shifting towards the “rising stars”, smaller and more dynamic cities that now offer more promising prospects. Lisbon heads the rankings of European cities in terms of overall development prospects, although strong interest is also being shown in Nordic cities, principally Helsinki but also Copenhagen, Stockholm and Oslo which remains roughly mid-table. Vienna is another new entrant to the top 10 thanks to its new urban projects and its strong appeal as a place for people to live and work. Three other cities – Dublin, Madrid and Amsterdam – have excellent prospects for various reasons. Paris also continues to be well positioned, while London’s prospects have slumped due to the uncertainty surrounding Brexit. Italy’s two largest cities are languishing toward the bottom of the league table, with Milan ranked 20th and Rome 28th. According to investors, the only problem with Italian investments is the national government. 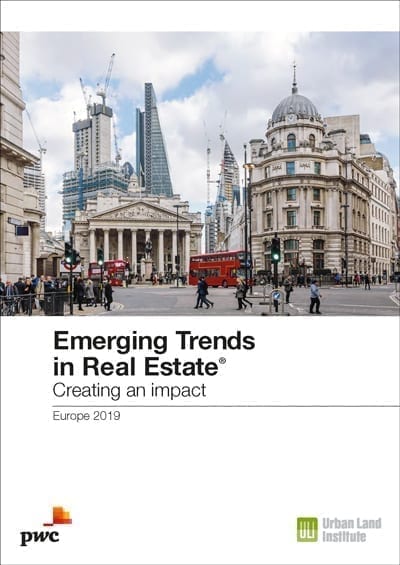