The ethics of building in Burkina Faso | by Alessandra Coppa

The eldest son of the head of the village of Gando in Burkina Faso, Diébédo Francis Kéré’s face bears ritual incisions that signify his rank and mark him out for an extraordinary destiny. And his story is indeed quite exceptional, starting out from the trade of carpenter that he chose in his early youth and which prefigured his future profession of architect – a choice that might appear perfectly ordinary were it not for the fact that wooden structures are rarely used in his country due to the threat from termites. Nonetheless, it gave him the opportunity to work on a German ministry programme for economic cooperation and development and to establish initial contacts with what was to become his second homeland. In the village of Gando he built his first works of architecture, which won the prestigious BSI Swiss Architectural Award 2010.
The jury chaired by Mario Botta chose Francis Kéré for his essential and intelligent architecture projects in which the local community is actively involved in improving living conditions in such a poor country as Burkina Faso.
Francis Kéré rediscovers architecture’s deepest meaning as an activity capable of tackling severe problems of poverty and underdevelopment. “His language,” notes Botta, “is based on fundamental compositional elements: the fired clay brick walls supported by gravity and the lightweight roofs that serve as umbrellas suspended above living spaces. It is an architecture of profound humility that forcefully demonstrates how the ethics of building can sometimes produce marvellous poetic silences.” The two school buildings and teachers’ houses that won the award are representative of an approach to architecture that strives to implement virtuous and lasting transformations. But above all they remind us of the high level of spatial, climatic, lighting and tactile quality that can be achieved by low-cost architecture.

Diébédo Francis Kéré: I was born in Burkina Faso, a country where eighty percent of the population can neither read nor write, where most people have never even heard the world “architecture”. People build houses on their own or try to imitate the most successfully constructed homes in the neighbourhood. If you are able to build a straight wall that survives the rainy season, people will be grateful to you for the rest of their lives. These countries need houses that respond to the urgent needs of the population. In Africa people can only dream of how European cities are constructed. Our houses are built from earth.

What have you done to promote awareness of architecture amongst ordinary people?
I have tried to create an association of tradesmen who are capable of guiding people in the construction of new buildings, of teaching the building trade, envisaging this as vital participation in the social and cultural life of the village.
To teach people how to build I initially make a 1:1 scale model that they can look at and touch. This way the first stage in the design process becomes a kind of ritual.
These projects must be as simple as possible so that they can be easily understood and replicated. In the village I think people see me as a kind of orchestra conductor in which the work of architecture has a strong ethical and collective value.

As the jury explained in their comment, it is precisely for this reason that the aim of your project was not just to build a better school for the village, but to involve the entire community in its construction, so that they fully identify themselves in it and see it as the result of collective work and a joint project. Do you agree?
All of my projects have been carried through by young people specially trained for the occasion. And although this is perhaps not the quickest and most cost-effective approach to architecture, in the long term it is certainly the most sustainable. It is this educational component that informs my architecture and determines certain construction choices, such as the decision in the schools in Gando and Dano to leave the masonry exposed instead of following the local tradition of covering it with a clayey plaster mixed with organic additives. The new building must therefore take account not only of the local climatic conditions but also of its specific context. Construction techniques must be simple so that they can easily be learned by the local workforce, and the construction materials must be readily available to minimise costs and allow for the use of local resources.

Do your projects follow principles of sustainability and bioclimatic architecture?
The expansion project for an existing school complex in Dano in 2007, located on the outskirts of a town in Burkina Faso, uses local materials and follows criteria of environmental sustainability in response to the specific climatic conditions. With its L-shaped layout, the new building closes off the southern corner of the school complex and is oriented in such a way as to reduce the amount of sunlight striking the walls, which in turn are shaded by a corrugated roof. The expansion project for the primary school in Gando in 2008 observed the same bioclimatic principles of the original building but interpreted them differently. Instead of the solid ceiling used in the first case, a vault fitted with vents was used to evacuate hot air and illuminate the space. For climatic reasons, hollow sections were integrated into the vault: the air they contain acts as a cushion and prevents the classroom from overheating. Here too, protection from the elements is provided by an amply projecting metal roof. When heated by the sun, the sheet metal roof promotes ventilation between the two roof sections, facilitating evacuation of the overheated air and thereby driving the natural ventilation system. 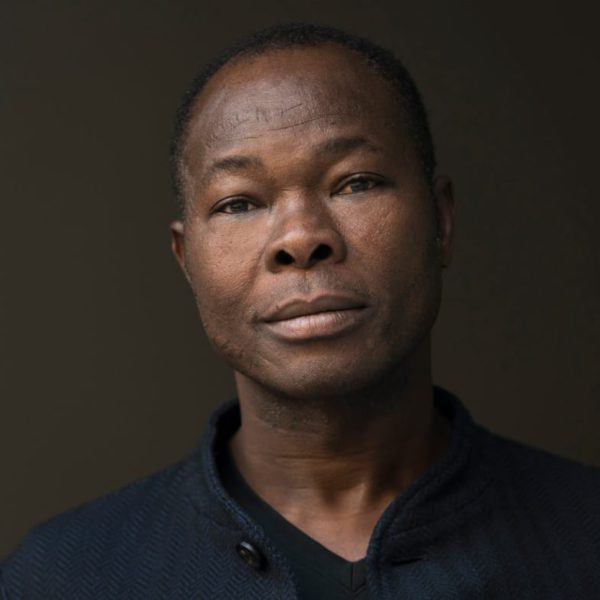