Architecture at the service of human beings | by Alessandra Coppa 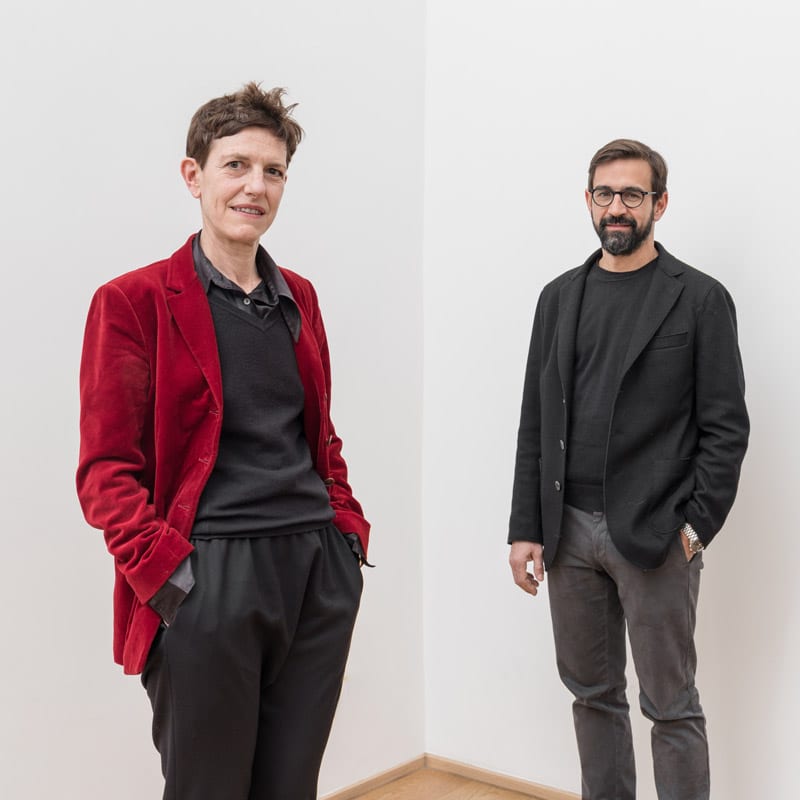 In December 2003, just a year after Labics was founded in Rome, the Design Vanguard issue of the American magazine Architectural Record named the practice one of the most important new architectural talents to emerge in recent years.
Labics, consisting of architects Maria Claudia Clemente and Francesco Isidori, have entirely lived up to these expectations and continue to explore the theory and practice of architecture with the same enthusiasm as ever. They experiment with projects spanning a wide range of scales and contexts with a special focus on the contemporary city and the relationship between architecture, urban structure and public space.
They have frequently taken part in Cersaie’s “building, dwelling, thinking” cultural programme, and are well known for projects such as the MAST foundation in Bologna and the “Città del Sole” in Rome. One of their most significant new projects is the Feel UpTown residential complex located in the UpTown smart district of the Cascina Merlata area of Milan, which stands out for its attention to sustainability and personal services during the challenging period of the Covid-19 pandemic, a time when people have been re-evaluating the concept of home and discovering the limitations of their own dwellings.

How did you come to set up your practice and why did you choose the name Labics?
We founded our practice in 2002 with the idea of following a shared architectural research path. We attempted to describe the principles and values behind our work in our recent monograph entitled Structures, published by Park Books. The name Labics, made up of the prefix “Lab” for “laboratory” and the initials of the three founding partners, reflects this approach: a practice as a laboratory of ideas for pursuing research and experimentation.

On your website you offer an interesting interpretation of your projects in terms of “conceptual categories”: Circulation, Context, Background Figure, Frames, Geometry, Gravity, Patterns, Public Domain, Structures, Territories and Voids. Could you tell us which of your projects are associated with each of these categories and explain the deeper significance of this relationship, which you discuss in the monograph “Structures” presented at MAXXI?
The website explains our points of reference. It is a conceptual map – a kind of genealogy – of our field of research, both theoretical and figurative. This makes it difficult, if not impossible, to associate a project with each category. Firstly, the references are rarely used directly, but are often only hinted at while remaining in the background; and secondly almost all our projects encompass different conceptual categories. In reality, the set of categories and images make up a field of action within which we develop our projects.
“Structures” refers precisely to this field of action. All the categories and references to be found on the website are in fact structures, obviously understood in terms of the meanings we attribute to this term. These include circulation, public space, load-bearing structures and geometry, namely the categories we discuss in the book in four specific essays, although in reality there is no direct relationship between the essays and the projects. As with the website, the book is a hypertext, a territory through which it is possible to pursue a line of research. 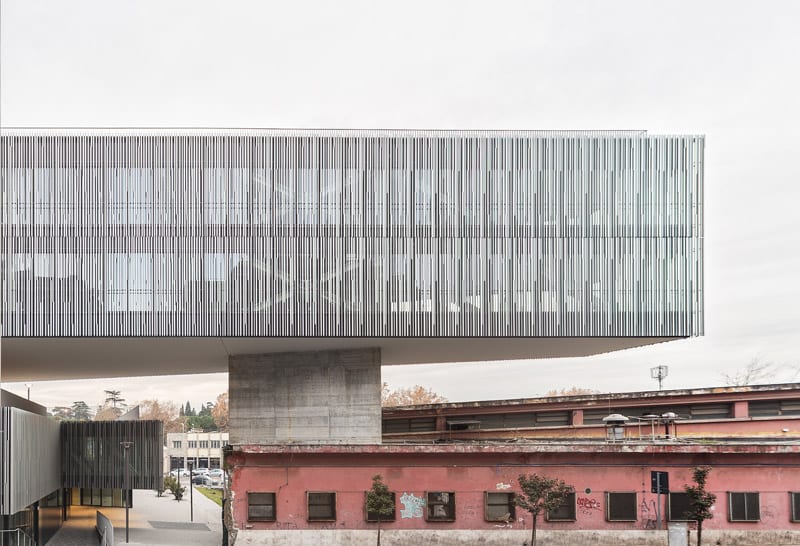 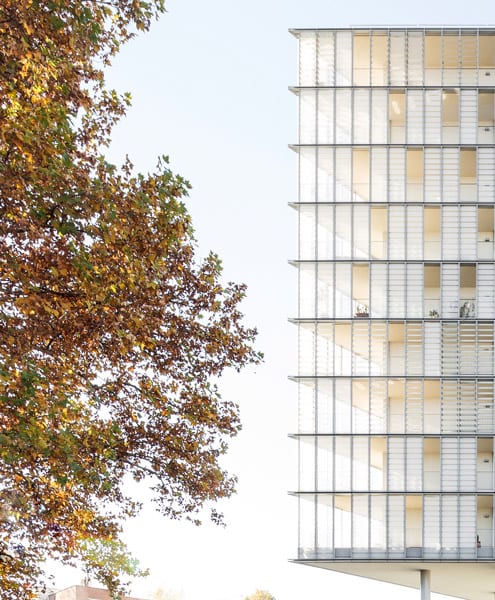 One of the Patterns is the maze featured in Kubrick’s film The Shining. Why did you choose it?
The maze is a very old spatial structure, perhaps one of mankind’s first such inventions. Designed to be a space where one can easily lose all sense of direction, the maze is by its nature a structure devoid of hierarchy and direction, an abstract space or figure. From this point of view, a maze can be considered a pattern: it is based on a recurring geometric design that is locally variable but always identical to itself when viewed from a distance. In any case, the figure of the maze is interesting due to its polysemic nature: its complexity and ambiguity are open to multiple interpretations.

One of my favourite projects of yours is MAST in Bologna (2006-2013), a kind of citadel emerging from the transformation of a disused industrial area. What kind of complexities did you have to overcome in this project?
To appreciate the complexity of the project, we should first mention some of the main aims of the call for tenders and its programmatic complexity. The client wanted MAST to represent an extremely innovative experiment in interaction – both theoretical and programmatic – between the typically exclusive industrial context and the inclusive and open nature of the city. In this respect, MAST can be considered a frontier building. The fact that it encompasses public and private, open and closed, was one of the biggest challenges we faced, not just in terms of flow management and the relationship between the individual parts but also in the definition of the site layout. The second element of complexity concerned the internal functional programme. As we had to cater for different users and activities, some of which were reserved mainly – but not exclusively – for internal staff (such as the company restaurant, the company club, the wellness area and the nursery school), while others were entirely open to the public (the gallery, the auditorium and the cafeteria, for example), we found ourselves having to invent a completely new kind of building. We tried to adopt a suitably complex approach in response to this programmatic complexity. Rather than organising the different functions analytically, we chose to consider the building as a kind of micro-city where all the different activities are held together by the structure of the paths and public spaces. MAST is a collection of many different buildings, each with its own unique characteristics: it is easy to imagine the resulting complexity in terms of structure and plant engineering.

Feel UpTown, a new site in the UpTown smart district in Milan’s Cascina Merlata neighbourhood, was launched on the real estate market on 15 June 2020. This project was developed by EuroMilano together with your architectural firm, SIO Engineering and landscape designer Valerio Cozzi. The project, which began in 2016, consists of 317 apartments that were placed on the market immediately after the Covid-19 emergency. Do these homes meet the new housing and health requirements?
The Feel UpTown homes fully meet post-Covid housing requirements because they are designed to ensure the well-being of their inhabitants. Viewed from this perspective, it is an innovative project that offers a series of common services, greenery and outdoor spaces to ensure that the houses are highly liveable even during a lockdown. Along with an extensive series of accommodation solutions, Feel UpTown also offers a range of services for residents, including a co-working area, a children’s play area, a small squash court, a cinema room and a wellness space with swimming pool. In addition, Feel UpTown offers a variety of green spaces and outdoor areas, some of which are communal while others are reserved exclusively for individual housing units. The starting point is the green space at the centre of the project, a large public garden inside the complex which serves as a meeting place for the new community. Then there are the private gardens of the houses located on the ground floor of the courtyard and finally the system of spacious loggias, terraces and balconies provided with each apartment. In this respect, the Feel UpTown project is part of a research tradition dating back to the twentieth century in which residential buildings not only consist of dwellings but offer a complete range of services for the community, the most famous example being Le Corbusier’s Unité d’habitation. At the same time, the Feel UpTown project offers new perspectives onto the relationship between building and city. For too many years our cities have been developed through the construction of isolated, decontextualised and often walled-off residential buildings lacking collective spaces. They are buildings where one feels alone. To reverse this trend, one of the first goals we set ourselves when we took on the Feel UpTown project was to recreate a strong relationship between the building and the urban context. Unlike many recent examples of residential construction, Feel UpTown is part of an extensive urban project designed to give a complete form to a portion of the city, a city that consists not of isolated objects but of structured systems: the system of the built environment, the natural system and the system of collective spaces. 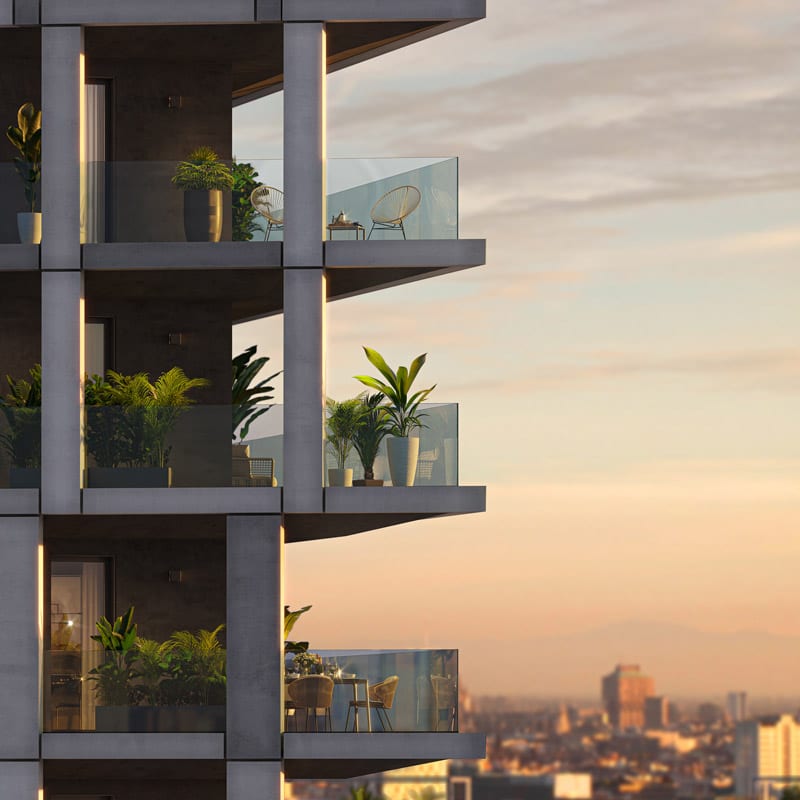 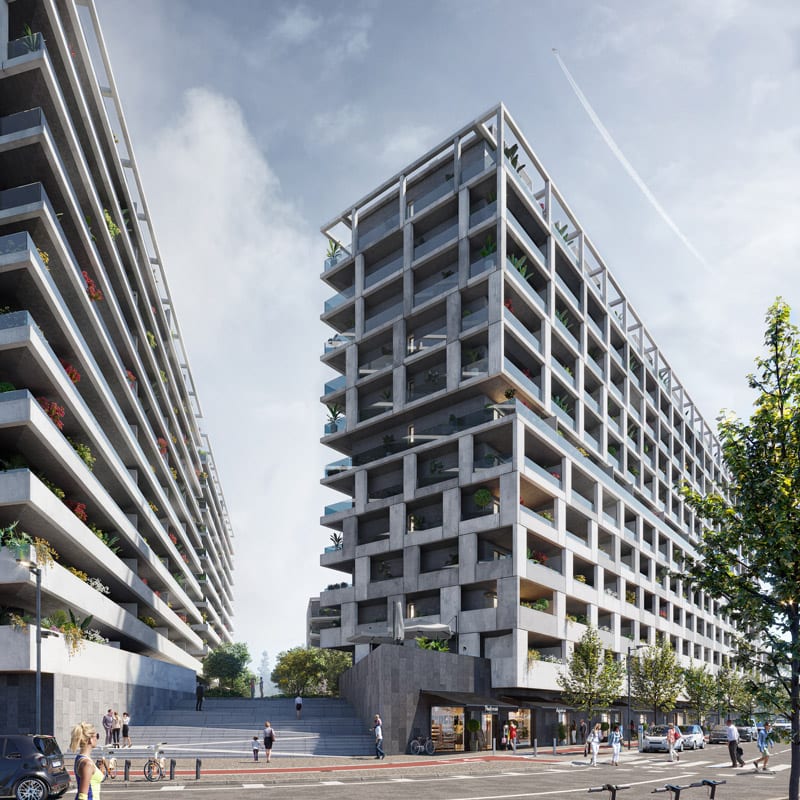 I remember you taking part in Cersaie’s “building, dwelling, thinking” cultural programme in 2016, then in April 2020 I followed your conversation as part of the Cersaie Small Talks. What is your view of the aesthetic potential of ceramic materials? Do you use ceramics in your projects?
Feel UpTown is the first project in which we will make extensive use of ceramic materials. As for their aesthetic potential, we have decided to use them for what they are, exploiting their true nature as artificial materials rather than their ability to imitate other materials. We see that as a more interesting approach.

Labics is an architectural and urban planning practice founded in Rome in 2002 by Maria Claudia Clemente and Francesco Isidori. Combining a theoretical approach with applied research, the field of interest of the practice encompasses a wide range of project scales and complexities, from urban design to interior spaces.
They have won numerous competitions, including MAST in Bologna (2006-2013) and the Città del Sole in Rome (2007-2016). Recent projects include the design of residential buildings as part of the “Cascina Merlata” Masterplan in Milan (2018), the restoration of Palazzo dei Diamanti in Ferrara (2018) and the Masterplan for the new Bio-Medical Campus in Rome (2019). Labics have exhibited their work at a number of exhibitions including the 11th, 12th and 14th Venice Biennale International Architecture Exhibitions.
In 2015, the Stefania Miscetti gallery hosted a monographic exhibition devoted to them entitled “Structures”, subsequently held at MAXXI in Rome in 2018-2019. Labics have won numerous international awards and recognitions. Their first monograph, entitled “Structures” and edited by Stefano Casciani, was published by Park Books in 2018.