Cersaie and the world of contract design | by Simone Ricci

Ceramic surfaces have evolved enormously in recent years and are now used for applications that would once have been unimaginable, while at the same time the various categories of non-residential building have gained importance. With these developments in mind, the International Exhibition of Ceramic Tile and Bathroom Furnishings Cersaie decided to create Archincont(r)act, a new thematic area held in a 700 sq.m area in the new hall 29 of the Bologna exhibition centre

A play on the words “architecture” and “contract”, the aim of the new space was to bring together the world of architecture and the Italian and international contract design sector at Cersaie, the perfect venue for promoting this relationship as it hosts companies capable of supplying the materials, solutions and high levels of design required for turnkey architectural projects. Last but not least, the reference to the word “act” underscores the vitality and dynamism for which the show is renowned.

Archincont(r)act was inaugurated on 23 September with an interesting conference entitled “The cities of the future” consisting of a dialogue between art critic Philippe Daverio and the La Repubblica columnist Federico Rampini, whose work has led him to live for long periods in four of the world’s largest cities. 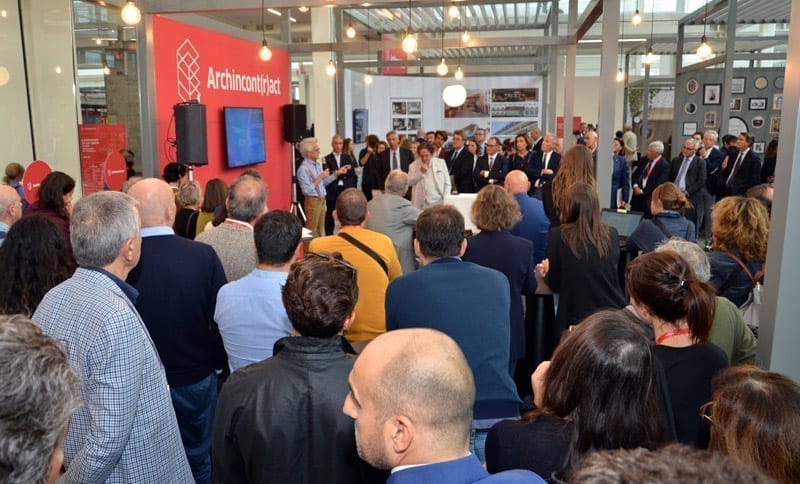 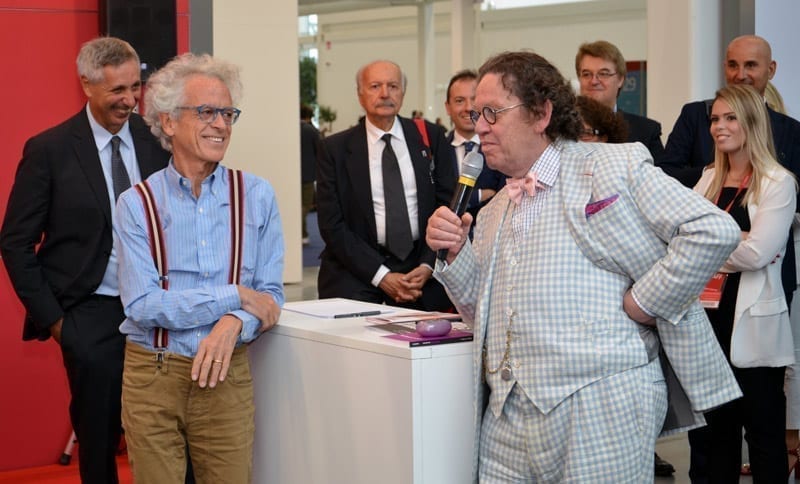 According to Daverio, a city is not a summation of numbers but the identification of people with shared collective systems, forging a sense of belonging that breaks with the parameters of modern urban planning. Cities should not be seen merely in terms of a volumetric expansion but as a place that offers great opportunities for meeting and participation.

Federico Rampini argued that social engineering should be used to improve the cities of the future, analysing the reasons why cities have undergone periods of decline and population loss followed by recovery. One of the most significant aspects of modern metropolises is that of pathological inequality, where the stark divisions in the wealth of the population result in the less wealthy being forced to move out of the city. However, this does not mean that urban agglomerations should be viewed in a negative light, as they are also places of powerful social and environmental innovation. Communal living allows for greater energy saving solutions and consequently a lower impact on the environment.

Next year’s Cersaie will be held in Bologna from 28 September to 2 October 2020.