Cersaie 2021, poster and dates of in-person and digital events | by Andrea Serri

Article published in: "Bologna together with Cersaie" 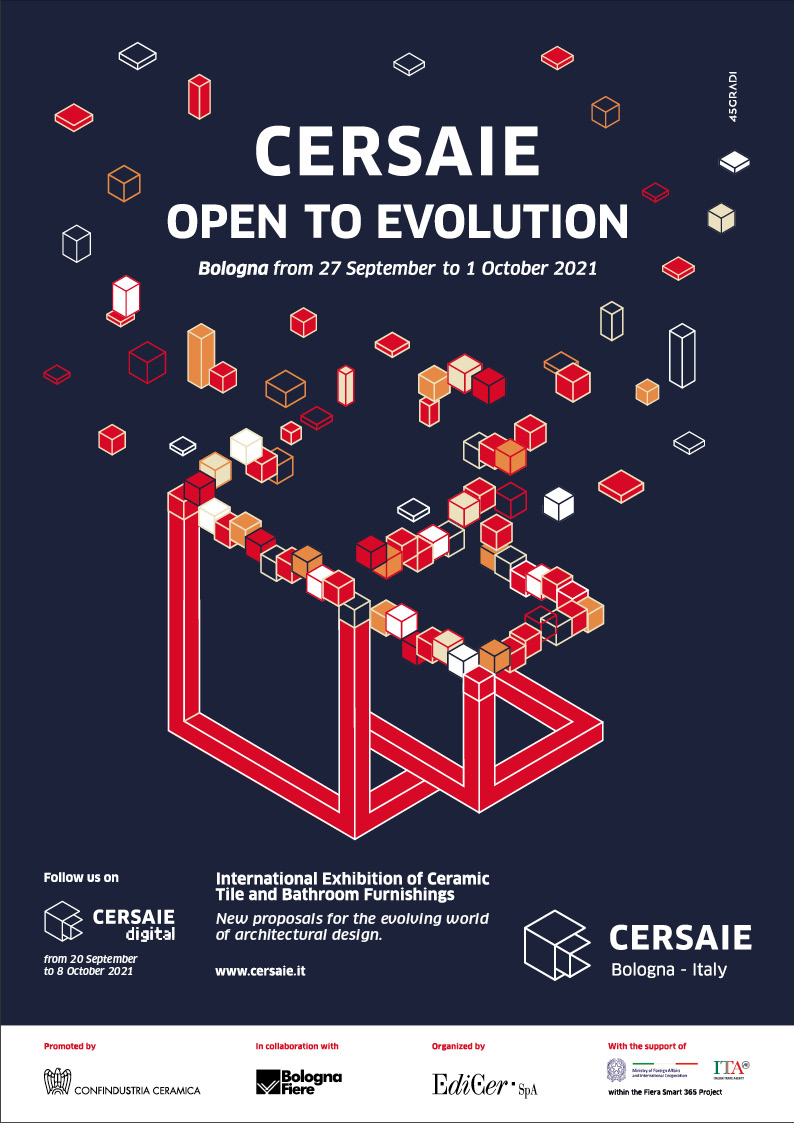 Cersaie, the world’s most important exhibition of ceramic tile and bathroom furnishings, will be back in the Bologna Exhibition Centre from 27 September to 1 October 2021. This year’s show will see the return of the physical exhibition, which will observe the strictest safety measures at a time when the vaccination programme should be well underway and restrictions eased.

The confidence of exhibitors and their desire to look to the future is clearly demonstrated by the fact that 80% of the total space allocated at Cersaie 2019 has already been booked seven months before the show is due to open. This percentage, together with the fact that exhibitor applications are arriving from all over the world, promises well for extensive international participation. It also confirms the appeal of Cersaie and its excellent relationship with exhibitors, boosted by the hard work that has continued uninterruptedly through these difficult months.

While maintaining the visual concept created in 2019, the agency 45 Gradi has designed a new logo that reflects the innovative aspects of the next edition of the show. The new design features a cube, the distinctive graphic element of the Cersaie logo, opening up into three-dimensional modules to generate a multitude of pixels that represent new possibilities and scenarios. This logo is the visual representation of the new concept of “Open to”, which at this year’s Cersaie is combined with Evolution to signify the desire to embrace new stimuli and develop them into fresh opportunities. The image is also associated with the name Cersaie Digital, which maintains the reference to the parent exhibition while representing the event’s launch as a digital web experience with radically different forms of participation compared to the past.

One completely new feature of this 38th edition is Cersaie Digital, which will be online for three weeks from 20 September to 8 October. The exhibitors at the physical exhibition will also be participating in the online event, which is intended to complement rather than substitute the in-person show. In particular, the digital event will fully exploit the potential of information technology, the dematerialisation of information and events and the global reach of the internet to consolidate the role, standing and prestige of Cersaie, the International Exhibition of Ceramic Tile and Bathroom Furnishings.

Also see: Cersaie continues to engage with its visitors

Other articles published in Bologna together with Cersaie 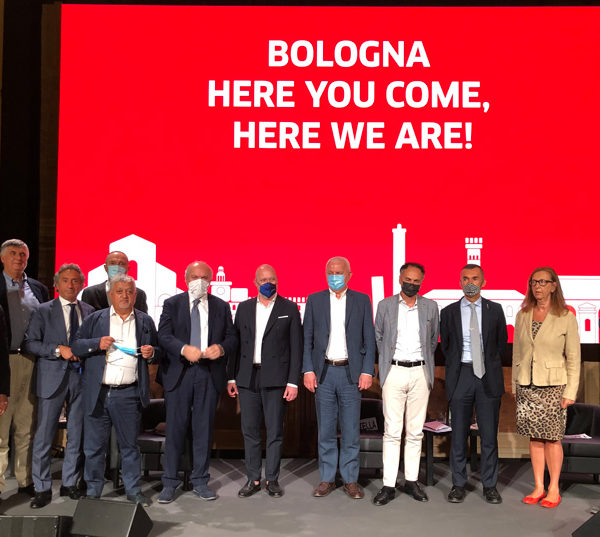 The presentation event for “Bologna together with Cersaie” held on 5 July in Palazzo Re Enzo in Bologna and streamed on Cersaie’s Facebook and YouTube accounts. All parties involved in the show are working together to ensure the safety of visitors and exhibitors during the time they spend in the exhibition centre and in Bologna.