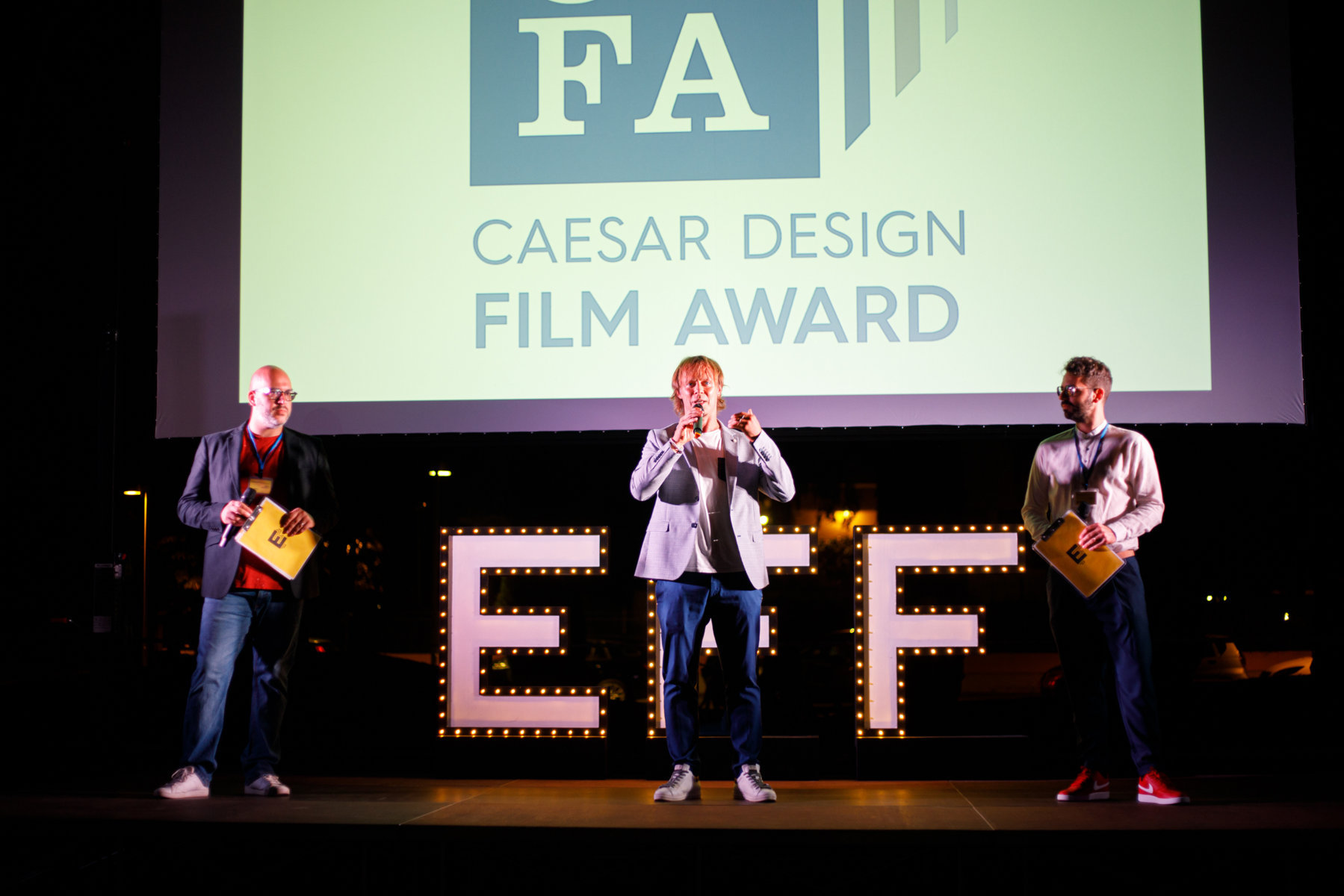 DESIGN FOR FUTURE: INTRODUCING THE THIRD EDITION OF THE CAESAR DESIGN FILM AWARD

The third edition of the Caesar Design Film Award, the contest organised by Ceramiche Caesar as part of the Ennesimo Film Festival in Fiorano Modenese, is about to get underway. The call for short films that will take part in the 2022 contest has been opened and will be open until 15 March. The short films will be awarded on 5 May in the original location of the Teatro Astoria, in the central square of Fiorano Modenese.

This third edition is already proving to be an important confirmation of the innovative vision that has always characterised Caesar’s DNA and which has led it to identify the link with the cinema as a winning way of providing new inputs and new tools for observing the ceramic world in the broadest sense.

In this investigation begun in 2020, Caesar adds a new element each year to experiment, together with the participants and the public of the contest, the synergic approach of artistic and communicative activities applied to architecture and design.

This year’s theme is Design for Future. In continuity but also in evolution with respect to the previous editions (Design for Living in 2021 and Design for Change in 2020), design is this time taken as the perfect tool to identify innovation and to give the design of the future the necessary characteristics to represent the best of functionality, aesthetics and well-being.

Design for Future is an introspective incitement, which asks us to listen to our needs for living and enjoying – in our living, working and leisure spaces, in the city – to give them a form and interpret it in a project on a human scale, sustainable, capable of improving our present and adapting courageously to the variables of future contexts.

The Caesar Design Film Award continues to take place in synergy with the Ennesimo Film Festival and also continues its collaboration with universities, involving students of Architecture, Design, Graphics and Art, who are called upon to assign the Wannabe Designer special mention. The CDFA experience will also be the subject of university lectures and dedicated design talks, to bring the vast universe of ceramics – for which Emilia-Romagna holds the Made in Italy leadership in the world – directly into the hands and minds of the young professionals of the future. Because Design (is) for Future.

Information on how to apply for the Caesar Design Film Award 2022 and submit your short film can be found at the following link https://filmfreeway.com/CaesarDesignFilmFestival