Creativity beyond habit | by Alessandra Coppa

Best known in Italy for the MACRO project in Rome, Odile Decq sees architecture as a profession open to other areas of knowledge, a discipline that must be constantly renewed in order to keep pace with the times. She teaches this approach to her students at the Confluence Institute in Paris.

What role should architecture play today? What themes are you currently working on?

I believe that architecture plays the same role today as it did in the past and will continue to do in the future, namely to provide an effective shelter for human beings and to help society to be well organised through the organism of cities and the structure of buildings. I realise this is a very generic answer, but while architecture is a human way of thinking and could be entirely different, its most important impact is on the lives of human beings.

I am currently working on office buildings, and as a consequence of the Covid pandemic we are trying to propose different ways of organising workspaces with fewer people present given that offices are now generally used only for meetings. At the same time we are rethinking workplaces as more attractive spaces designed to foster well-being.

How can architecture be more “comfortable” for people, both today and in the future?

Today people seem to be asking for more nature, they want more exterior spaces for sharing and mixed usage in the same place but not always at the same time. This is what I referred to twenty years ago as “nomadic living”, where a space is sufficiently flexible to enable you to do whatever you want and need to do over the course of a day or a week.

But although some of these projects have not been implemented, I have never considered them to be utopian ideas. They were inspired by what I observed around me, especially considering the needs of the new generations.

Today, when I observe my students or younger people working at my practice, I continue to think that this nomadic way of living in interiors is still present. But as cheap apartments are very few and far between, young people tend to live in very small spaces and use the city as a nomadic place. They don’t cook at home but mostly order ready-made meals and do sport outside the home. However, since the Covid lockdown they have been forced to go back to working from home. This has created problems due to the fact that their apartments are simply too small to spend much time in them. This in turn has fuelled new desires for living spaces, such as having usable outdoor areas like balconies, terraces or a garden. Families with children have begun to feel a need to move out of metropolises and find a home a reasonable distance from their city workplaces from where they can travel in by high-speed train. And of course health has become a major consideration. 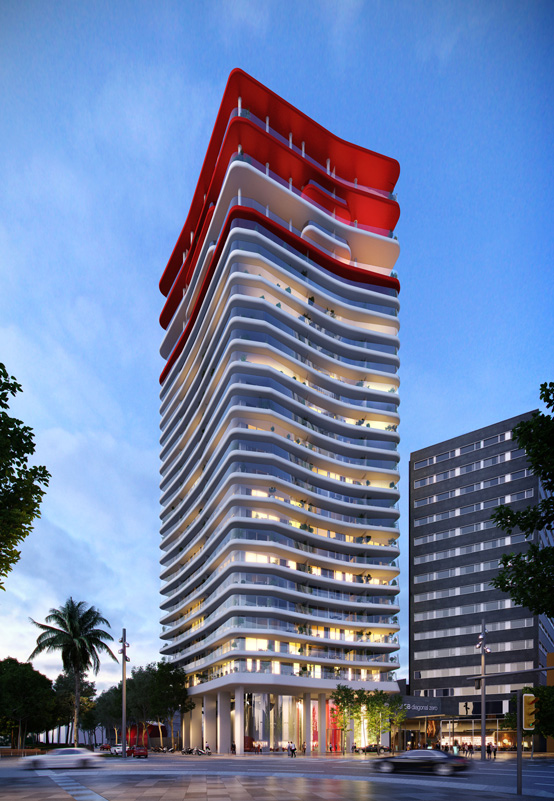 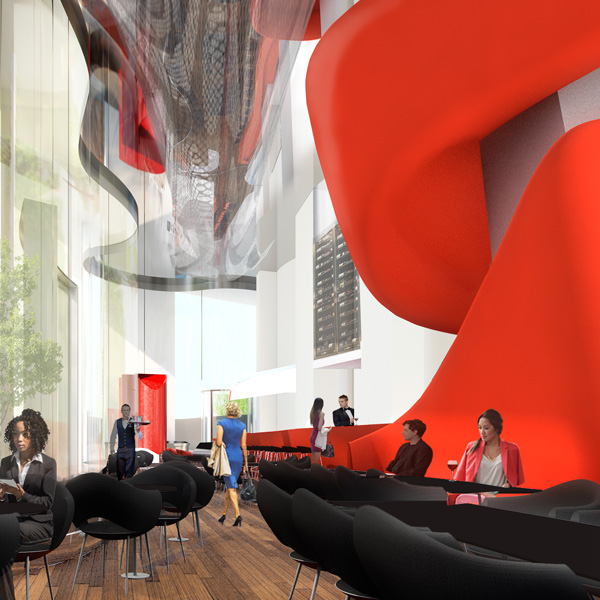 That’s true, due to the Covid emergency there’s a greater “need for nature”. What meaning does the term “green architecture” have today?

We mustn’t confuse nature and bio-architecture. What used to be called “green architecture” all too often only added a few greenish aspects or techniques to a building. In my view the need for nature means the need for quality, for sufficient space to enable us to move around rather than being static, as is usually the case in the places where we live and work. It is a question of breathing, smelling, energy and feeling; it’s different for everyone and is very difficult to standardise. More and more people are saying they want to live in the countryside as a reaction to their current situation of being confined to their homes due to Covid. But the issue of nature can’t be resolved simply by living in the countryside because there are other constraints and limitations there, it’s not the ideal dream location.

What should be the function of a building’s “skin” and the relation between interior/exterior? What are your favourite materials? What do you think of ceramics?

As in the human body, the “skin” is a place of exchange, where the relationship between interior and exterior needs to be thought out, proposed and developed according to the culture where you are, the usage you assign to it and the definition you give to interior and exterior. So the question of the choice of “skin” is a relative, not absolute notion. I like to play with ambiguous conditions to provide multiple interpretations for this relationship. My favourite materials are mostly glass and steel, but I always adapt my aesthetic sense and architectural proposal to the conditions of a project and am willing to use any material. Ceramic is an interesting material when used without preconceptions. I know there are a lot of exciting innovations taking place in the field of ceramics. For example, this material is used to protect spaceships from burning on re-entry into the Earth’s atmosphere. Ceramics can be moulded, so in theory this material has plenty of scope for experimentation. But as it is mainly an industrial product, I think this limits our creativity, which most of the time is focused solely on colours and sizes. Can I dare to dream about on-demand ceramics thanks to the capabilities of robotic tools?

Colours establish solid relationships and leave a powerful mark in your projects. Could you give us some examples of the way you use colour?

Everybody talks about the use of red and black in my projects, but since the mid-nineties I have also been using a lot of bright colours. Examples include the Nantes university library and the Little Italy restaurant in Paris.

The Confluence Institute, the innovative Bauhaus-style school you designed in Lyon, offers new approaches to teaching and creative strategies for architecture. New perspectives on the 21st century are explored through the interdisciplinary contributions of makers, philosophers, sociologists, writers and architects. What is the aim in terms of training?

The Confluence Institute is no longer located in Lyon, we moved the school to Paris in 2019.

The training objective is to help today’s students develop and gain awareness of the way they will use architecture in the future. They don’t necessarily have to become architects as there are plenty of ways to help the world with architecture! There are so many factors that will modify the profession; robotics and artificial intelligence will take over much of the work we already do. So schools need to evolve to rethink what is the added value of architecture studies. I firmly believe that architecture is necessary for the construction of the world, but I am not convinced that the world needs our profession in the way we understand it today. This is why we cannot continue to teach architecture the same way we did a hundred years ago. Mixing thinkers and doers will bring added value. We must train students to integrate their architectural thinking with other disciplines, to pursue their ideas whatever the complexity of the project they are tackling and take the risk of pushing their creativity beyond the usual way of thinking. This is architecture.

Born in Laval in 1955, Odile Decq is a French architect and urban planner. In 1985, she and Benoît Cornette (1953-1998) set up the ODBC architecture firm, whose name is an acronym of their initials.

ODBC attracted international critical attention for the headquarters of Apple Computer France in Nantes (1990); the headquarters of Banque Populaire de l’Ouest in Rennes (1990, with Peter Rice, winner of the Andrea Palladio International Architecture Award, the 9th International Prize for Architecture, London, and the Prix Architecture et Travail, Rennes); the Motorway Control Centre in Nanterre (1996); the port of Osaka, Japan (1997); and expansion of the National Gallery of Ireland, Dublin (1997). The Saint Gobain Research Centre project in Aubervilles (1999) and renovation of the industrial port at Gennevilliers (2001) were completed following Cornette’s premature death.The practice won the Benedictus Prize, Washington (1994) and the Golden Lion at the 6th International Architecture Exhibition of the Venice Biennale in 1996.

Director of the École Spéciale d’Architecture, Paris since 2007, in recent decades Odile Decq and her architecture studio have undertaken numerous projects such as the Phantom Restaurant at the Opéra Garnier, Paris (2011); the Frac Bretagne Museum of Contemporary Art, Rennes (2012); the Fangshan Tangshan National Geopark Museum, Nanjing, China (2015); GL Events executive complex, Lyon (2014); and the Saint-Ange Residence, Seyssins (2015). In Italy, Odile Decq is best known for the expansion of MACRO, the Museum of Contemporary Art in Rome (2010). She also works in the field of design and has created lighting and furniture projects, in some cases specifically for her architectural works.

In 2013, Odile Decq was named “Designer of the Year” by Maison & Objet. She has also been a member of the French Academy of Architecture since 1997, Commandeur de l’Ordre des Arts et Lettres since 2001 and Chevalier of the Legion d’Honneur since 2003