Spanish architect Elisa Valero Ramos began her career in Mexico with the restoration of Félix Candela’s work Los Manantiales and in 1997 opened her own studio opposite the Alhambra in Granada. Right from her very first projects she devoted special attention to sustainability, energy saving and optimisation of the resources provided by the client and the site. “We’re working on a form of architecture that involves a strong environmental commitment, an architecture that is within everyone’s reach, an architecture that fosters a fairer society.”

Elisa Valero Ramos has a profound belief in ethical architecture that “works calmly and in silence, without drawing attention to itself”, that is consistent and rigorous, unaffected by fashion and strongly rooted in the location and the earth itself.

A guest of the “building, dwelling, thinking” cultural programme at Cersaie 2017, she was voted winner of the prestigious Swiss Architectural Award 2017-2018 by a jury chaired by Mario Botta. Presented on 15 November 2018 in the Auditorium of the Architecture Theatre at the Academy of Architecture in Mendrisio, the award was assigned for three projects carried out in and around Granada: the extension of a school building in Cerrillo de Maracena (2013-2014), the construction of experimental apartments in a residential complex in Realejo (2015-2016) and the building of a church in Playa Granada (2015-2016). However, a study of light aimed at nurturing a sense of the sacred along with meticulous attention to construction and spatial detail are aspects that can be observed in all the buildings she has designed.

According to the jury statement, the three projects that won the Swiss Architectural Award were chosen for their “original research into aspects of construction that enable them to satisfy functional criteria while using limited resources, thereby creating spaces of very high quality”. Would you say these projects accurately reflect your design philosophy? Which other projects do you consider to be representative of your work and why?

Through my work I aim to address the urgent need to change the models of production and consumption that are leading to serious environmental problems and threatening the future of the planet. I believe we must work towards a sober form of architecture in which austerity is a value that does not undermine the quality of the spaces. The three selected works are the result of research project that uses low-cost and low-energy concrete construction systems, a philosophy that underpins all my work. For ethical reasons, I think that architecture must strive for a sense of balance in terms of resources consumed – never building and never destroying more than is absolutely necessary. I also apply these principles to existing building refurbishing projects, whether hospitals such as the ICU (intensive care unit) in the Hospital Niño Jesús in Madrid or residential buildings such as the large house in Zujaira and the Neiman house. 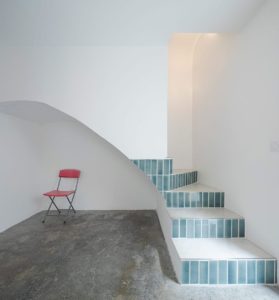 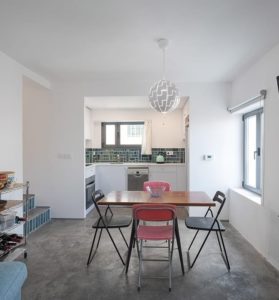 Materials play an essential role in your design research. Could you tell us about the new reinforced concrete building systems you experimented with as part of the extension work on the Cerrillo de Maracena school in Granada and in your first project, restoration of the Los Manantiales restaurant built by Félix Candela? What is the Elesdopa system?

Elesdopa is a construction system consisting of a double-wall reinforced-concrete element capable of incorporating thermal insulation. It brings a significant reduction in the use of concrete while optimising inertia and eliminating the need for internal finishes. The system is patented by engineer Manuel Rojas, a professor at the University of Granada, and is ideal for the construction of low-cost, low-energy buildings. Elesdopa optimises reinforced concrete construction by applying two layers of concrete sprayed onto the reinforcing bars around a 20 cm layer of thermal insulation. The thermal mass and large dimensions of the insulation create a passive system that guarantees an adequate level of comfort without the need for mechanical heating or cooling. This solution also considerably reduces the quantity of material used and construction costs while improving the building’s seismic behaviour. Only a single material – reinforced concrete – is used inside and outside. 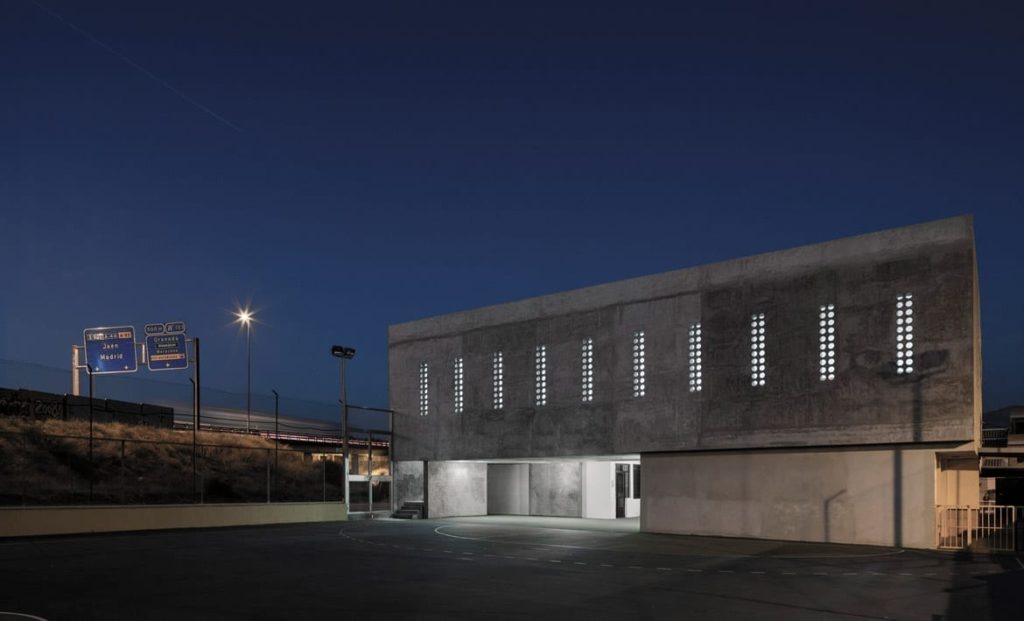 What do you think of the structural and aesthetic potential of ceramic materials? I saw that in your project for the El Serrallo nursery school in the hills to the north of Granada you used brightly coloured ceramic tiles produced in collaboration with the artist Eduardo Barco on the east and west elevations, where they have a decorative and sun screening function.

Ceramic materials have enormous potential and have been the focus of major research efforts in recent years with the aim of optimising products and contributing to sustainable building development. A good example of an application is the latest work I did in collaboration with Jim and Theresa Neiman, experts in ceramics and sustainability. Inspired by the cycles of nature where organic waste is transformed into compost, the Neimans convert industrial ceramic waste into raw materials for the production of objects of great beauty. An engineer with expertise in recycling at Kohler Company WasteLAB in Wisconsin, Jim invents and develops new uses for industrial ceramic waste. He works with clay materials to produce a powder which is dry pressed and fired in a kiln to create tiles with a porcelain body and a glossy, vitreous surface.

We are currently working on another project for children with cancer at the Virgen del Rocio hospital in Seville, where our idea is to create a playful coloured ceramic element capable of lending a human touch to the hospital environment. I have always found ceramic to be very useful in my work as an architect.

Is it possible to create sustainable architecture based on bioclimatic principles while cutting costs? Could you tell us about your experimental residence project in Granada?

It’s not just possible, it’s essential. Architecture must observe the laws of nature and use them to its benefit through “bioclimatic” architecture, which was used for centuries to reduce construction and especially maintenance costs in an entirely natural way.

In both experimental and traditional housing, passive systems should be used to achieve comfort and a high degree of thermal insulation. The most suitable solutions should be chosen for the openings in relation to the building’s orientation to achieve an adequate level of sunlight and ventilation. The eight apartments in Granada are part of an experimental project and are all designed according to the specific needs of the individual owners, who joined together to form a cooperative. The apartments are arranged around a garden in which the paving is equipped with holes at regular intervals to allow rainwater to flow into the ground. At some points the holes are widened to accommodate shrubs or small trees. By adopting bioclimatic principles, it was possible to reduce energy costs and achieve a zero-consumption building thanks to the layer of thermal insulation, the high level of thermal inertia and a suitable orientation. 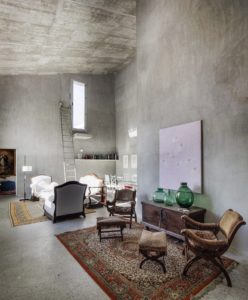 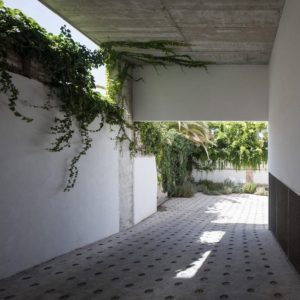 Controlling the light is always at the heart of your projects. How did you exploit the poetry of light in the Playa de Granada church?

I spent more than twenty years studying light as an “intangible material” that shapes and enhances architecture. Since then, my entire work has been a kind of “laboratory of light”, so I was delighted to have the opportunity and challenge to design a temple and find a way of expressing its symbolic value through the essential nature of the architecture. In the church of Playa de Granada, light is the key element of the space. Constantly in movement from morning to evening, from the solstices to the equinoxes, it makes the space resonate, manifesting the presence of God who is the Light of the world. 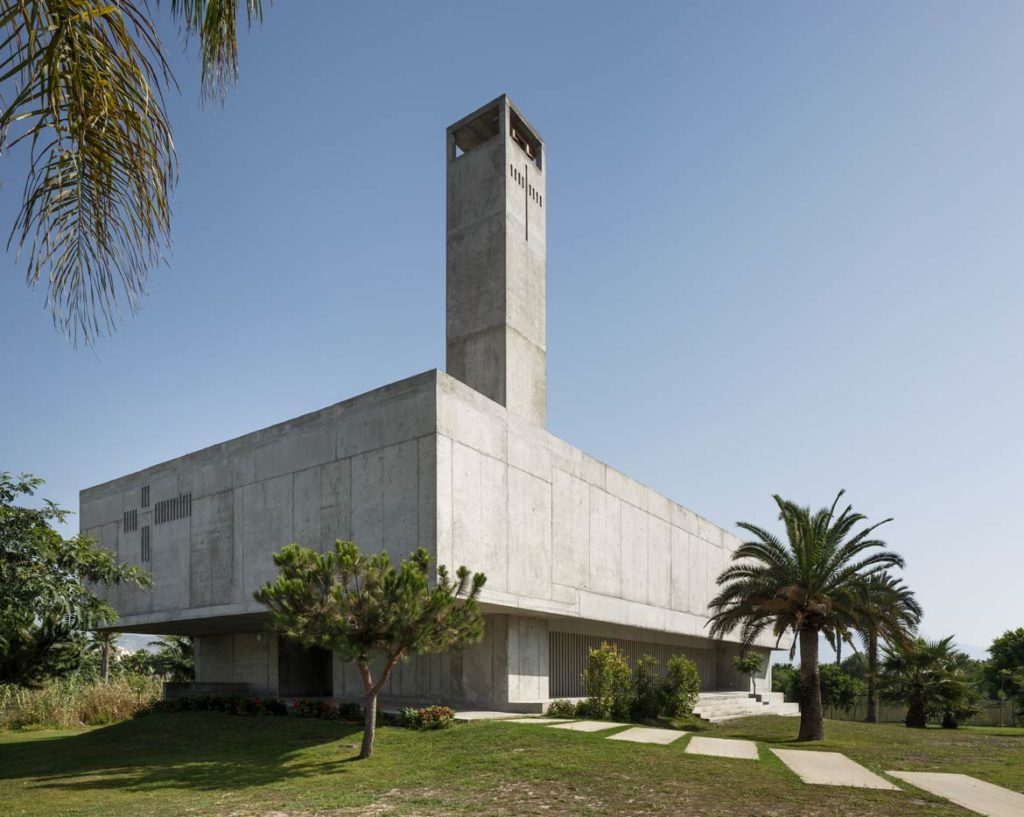 Elisa Valero Ramos was born in Ciudad Real (Spain) in 1971 and graduated from the Superior Technical School of Architecture (ETSA) in Valladolid in 1996. In 2000 she received her doctorate from the ETSA in Granada and in 2003 won a scholarship from the Royal Spanish Academy in Rome. The author of five monographic publications, she has worked as an architecture critic and as a guest lecturer at numerous European architecture faculties and at the UNAM in Mexico City. She is currently professor of Architectural Design at the ETSA in Granada.