Vietri ceramics boast a centuries-old history, a tradition handed down through the generations which can still be seen today in all its artistry in alleyways, houses and workshops, earning the admiration of tourists and visitors from all over the world for its splendid patterns and vivid colours. The stunning coastal landscape around the town of Vietri sul Mare is reflected in its ceramic artifacts, in the intense, multifaceted sea blue colours and the magical floral motifs.

Located in Nocera Superiore, just a few kilometres inland from Vietri sul Mare at the gateway to the Amalfi Coast, Ceramica Francesco De Maio is not only an integral part of this fascinating history but has also documented its ancient origins. The Cassetta family, with whom the De Maio family were united through marriage in 1959, were among the first terracotta masters of the late 15th and early 16th centuries, renowned for their workshops producing mostly unglazed crockery, amphorae and roof tiles prior to the advent of more sophisticated handmade majolica terracotta production in around 1550. This is confirmed by an important document concerning the sale by the terracotta master Matteo Cassetta on 3 October 1494 of 50 pitchers “for containing oil” to Franceschetto Longo, a document that today is housed in the Francesco De Maio Ceramics Museum. Through ink sketches, period photographs, clay tiles, 18th-century majolica and sketches, the museum tells the story of Vietri ceramics and in particular the production of the Cassetta family as it was passed down through the generations. Glass shelves set in secluded niches are used for example to display the works of Giuseppe Cassetta (born in 1894, the son of Biagio Cassetta who was also a ceramist and decorator) and the ceramic panels designed by Gio Ponti in the 1940s. The story culminates in the present day with the marriage between Giuseppe Cassetta’s daughter Vincenza and ceramist Francesco De Maio, heir to a long family tradition of handmade terracotta production close to the clay quarries of Ogliara. Their union brought together two historic ceramic dynasties and led to the foundation of the first of their companies in 1963: Ceramica di Vietri Francesco De Maio. This company marked the fulfilment of a dream that remains very much alive today and strives to pass on the cultural, artistic and craft heritage of Vietri ceramics. With passion and professionalism, the master craftsmen at Ceramica Francesco De Maio continue to create hand-decorated majolica, adapting traditional techniques to modern tastes and trends. 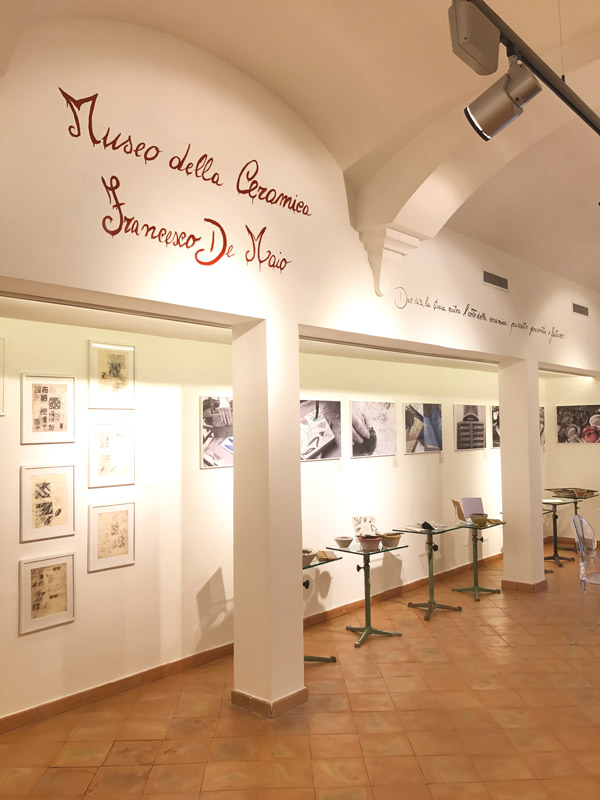 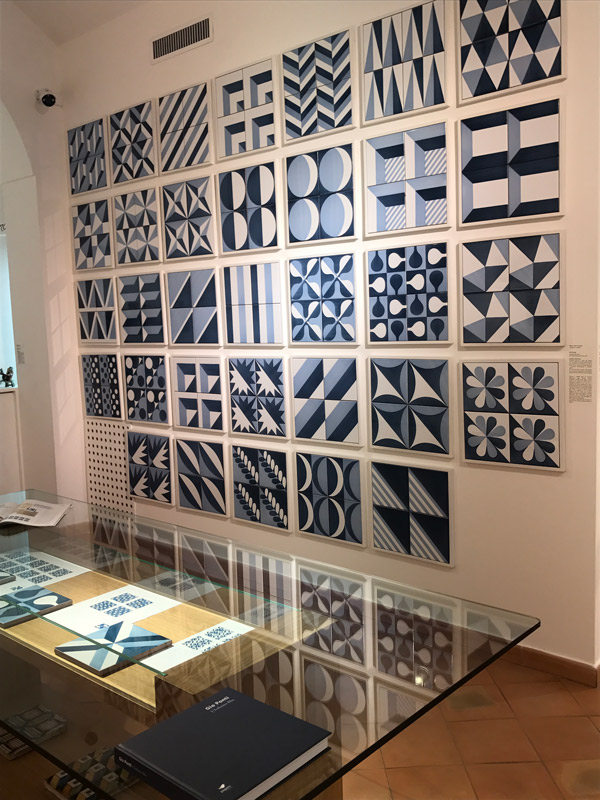 More than five centuries of ceramic history and passion for handmade products are jealously protected and preserved by Ceramica Francesco De Maio, which set up the museum to enable visitors to discover and share in this fascinating history.

Visitors to the museum are not only struck by the beauty of the artifacts on display, but are immediately enthralled by the history of this family steeped in the Vietri ceramic tradition. The walls display large black and white photographs of Giuseppe Cassetta, who started out as an apprentice to his uncle Giovanni Tajani (owner of the factory which in the 18th century built the splendid dome of the Cathedral of Vietri sul Mare, decorated with luminous green, yellow and blue majolica tiles), then in 1927 moved to the Industria Ceramica Salernitana owned by Lithuanian businessman and ceramist Max Melamerson, before opening his own factory in 1944: the “Ceramica Artistica Cassetta” (C.A.C.), in Fontana Limite in Vietri sul Mare. In the late 1940s, he met Gio Ponti, who commissioned him to create some terracotta majolica designs. 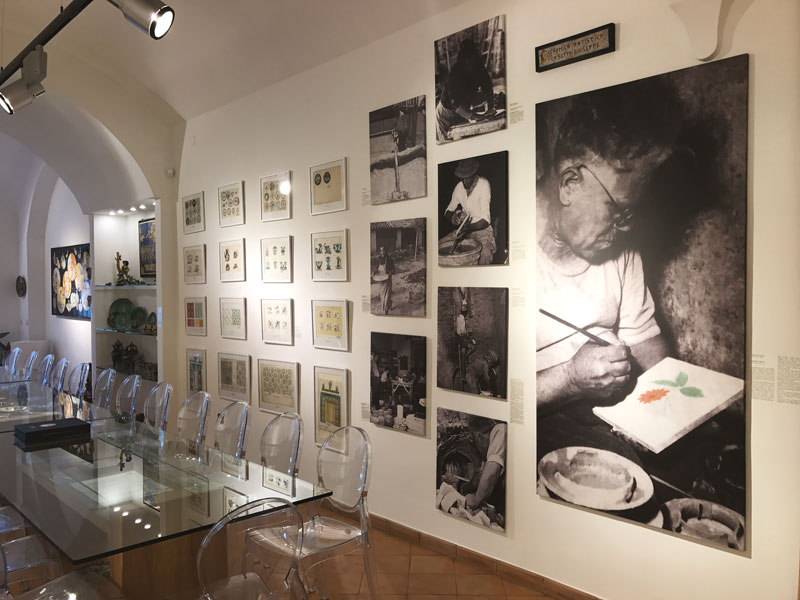 After arriving in Salerno, the Milanese master fell in love with the beauty of the gulf and drew inspiration from the dominant blue and white colours of the magical setting for his famous two-tone patterns designed in 1960: thirty-three patterns with geometric, natural and floral motifs, each with at least four possible combinations. Ceramica Francesco De Maio continues to feel a strong historical connection with Gio Ponti and after almost sixty years has created a series of majolica tiles, mostly faithful reproductions of the originals but also a number of designs based on previously unseen decorations by the great master. An entire wall of the Francesco De Maio Ceramics Museum is devoted to this extraordinary work of craftsmanship, which symbolises the modern artisanal approach pursued by the company today. The aim is not only to immortalise the timeless “Blu Ponti” majolica tile collection but above all to document and pay tribute to the close ties between an extraordinary piece of Italian design history and this magnificent coastal region.

Each artifact in this museum of handmade majolica tells the story of Vietri and its terracotta master craftsmen, a story centred around the members of a single family that looks to the future while drawing from the experiences of the past.