NEW SIMAS SPACE MILAN. A place to be discovered

The new Simas Space is located at 9, Via Melzo in the district of Porta Venezia, a neighborhood where – more than in other areas of Milan – there is plenty of liberty houses. The space, at the second floor of an industrial style building was first inaugurated in 2005, among the first of this kind in Milan, and it has been now completely redesigned with a new structure, more in accordance with the evolution of the company look.

“We have the strong conviction that the Simas Space in Via Melzo is a further instrument for the growth of our company, especially in a town like Milan, capital of design and essentially the international landmark for architect studios and Italian and foreign customers” underlines Mr. Marco Giuliani, Simas CEO. “We believe in the potential of this place in terms of visibility and service, and this is why we deemed a priority to invest in its restyling, entrusting Arch. Giancarlo Angelelli of the architectural and exhibition project.”

An open space completely renewed, on a single level, where the light enters generously from the ample arc windows granting, thanks to the absence of internal walls, a special lighting of the place. More than a showroom, it is a place for meeting for professionals, architects, designers, buyers and journalists who, thanks to the work of a dedicated promoter, may receive constant updating about Simas wide range of products and collections. This new concept perfectly matches to its function of a workshop for meetings and professional trainings.

“The project was aiming at giving a new value to the place – Arch. Giancarlo Angelelli underlines – recovering its original function, as it was conceived, and adapting it to the present needs of the company, safeguarding the value of the place itself, that always remains in full evidence”. 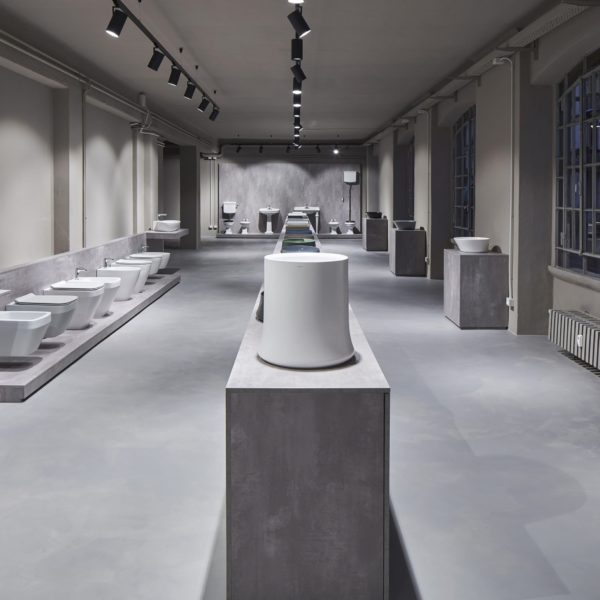 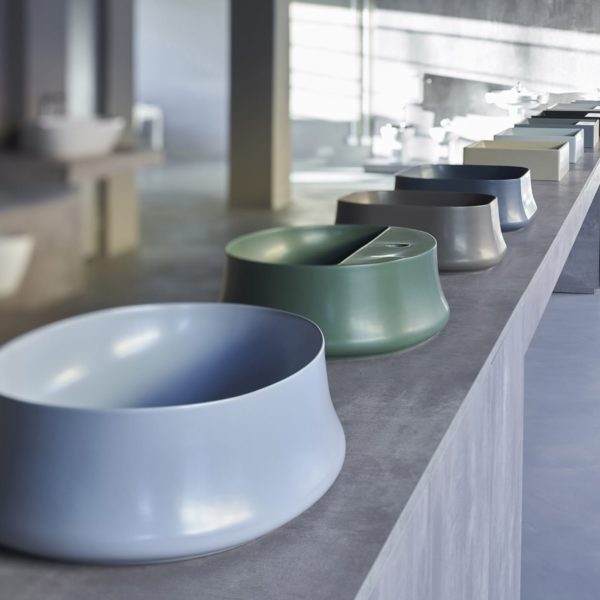