When the façade module meets porcelain | by Thomas Foschini

In modern architecture, especially urban architecture with its constraints of large heights, confined spaces and a rationalised approach to living and building, the concept of the “cell” or elementary module has found a new ally in ceramic slabs. One example is the Design2Curtain collaboration between Florim and Schüco Italia, the Italian subsidiary of the well-known multinational window, door and façade solutions manufacturer.

“We have been engaging with the world of architectural design and installation techniques for several years now,” explains Adriano Obino, head of Florim’s Projects Division. The result is a system patented by Florim that combines chemical fixing with mechanical anchoring onto aluminium profiles, “the only system on the market with European ETA certification for mechanical fixing of 6 mm slabs”.

So what are the advantages? Above all durability and safety thanks to the mechanical anchoring system and the greater flexibility of the 6 mm slab, “produced by continuous pressing and endowed with an unexpectedly wider elastic range than a conventional 10 mm slab” (one of the latest tests carried out by Florim was the seismic action test for the S1 Magnum ventilated façade system on a “vibrating table” conducted at ENEA in Rome. The S1 system with 6 mm Magnum slab withstood ground accelerations up to the maximum permissible value of 2.5 g without any damage to the structure or the slab).

Design2Curtain draws from Florim’s experience in supplying and installing facade solutions based on very large slabs (currently 160×320 cm), a system that is fully guaranteed by the company thanks to the use of qualified and selected installers. The aim is to combine traditional ventilated façades with a new concept in the use of slabs as an “organic” element in a modular structure that forms the envelope of a building in large-scale modern architectural projects.

“The idea developed in collaboration with Schüco Italia is based on the assumption that the increasingly stringent energy consumption regulations for buildings make it necessary to increase the opaque portion of the envelope in place of glass. In order to comply with environmental, construction and energy parameters, it is necessary to use several layers of high-performance glass, which has an obvious impact on the costs and sustainability of the interventions.”

Until now, the options available for the opaque portions of the envelope have mostly consisted of aluminium panels, which limit the architect’s creative freedom due to their homogeneity.

In practice, with Design2Curtain the architectural cell consists of three elements: an aluminium frame system assembled on all four sides, the various layers of glass, or alternatively the “slab package”, one for the outer and one for the inner cladding. Once the porcelain slabs have been industrially mounted and secured to the aluminium frame, the cavity is filled with suitable insulation to increase the energy efficiency of the system.

“In this approach, the two materials glass and porcelain are completely interchangeable,” explains Florim’s Project Manager. The solution also expands the opportunities available to the architect, as the interior and exterior slabs can be aesthetically coordinated or entirely different. As for the interior cladding, “it is possible to opt for a mechanical fastening solution that allows for future slab replacement; finally, the interior of the cell can be left free so that the architect or interior designer can choose which product to use at a later time”. 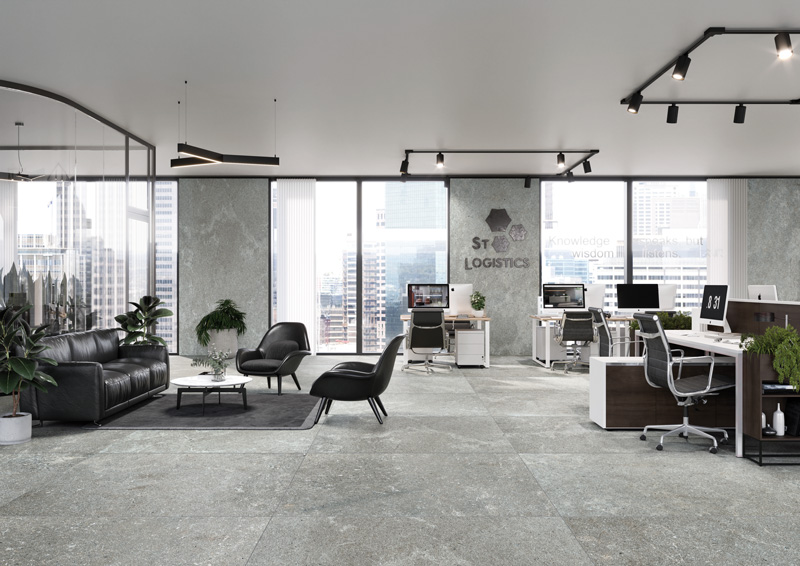 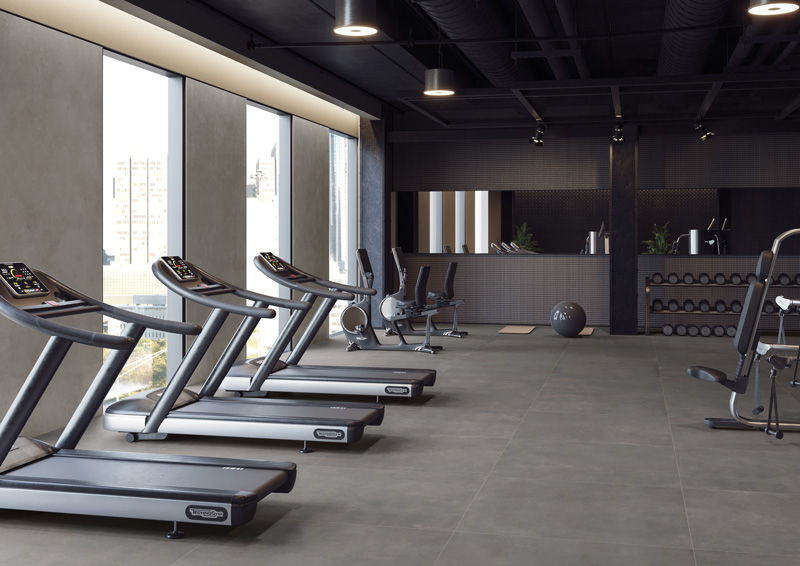 Simple and elegant, Design2Curtain can be described as a concealed solution in terms of interior design. All that remains visible is the frame profile or, in the case of glazed modules, the flush-mounted glazing.

So how competitive is this solution from an engineering perspective given that it is clearly more expensive than a traditional facade? The first and most obvious aspect is the fact that traditional infills are eliminated and the entire envelope package is replaced with the Design2Curtain cell (resulting in zero plastering, etc.). The second factor is performance: “Opaque surfaces offer enormous advantages in terms of thermal efficiency and consequently lower energy consumption.” The third but not least important aspect is the simplicity of the production, logistics and on-site installation processes, especially in urban contexts with confined spaces and large heights where the cost of time and space is a major component of the construction budget. And finally safety, given the two companies’ shared experience in the use of anchoring and fixing systems.

“This project marks the culmination of a process that has allowed us to introduce ceramics into a culturally sophisticated market”, that of avant-garde architecture, “where mass production makes a positive contribution in terms of savings and quality, where space and time are limited and where the industrialisation of the construction process is taken to the highest levels permitted by modern technology.”

In short, as of today porcelain becomes an essential element and not just an accessory of the architectural cell, an “elementary original matrix” that allows for unlimited opportunities in terms of assembly and modularity. “We feel it is natural – inevitable even – that an idea of this kind should have originated in Italy as a partnership between our ceramic district and the Italian branch of the multinational Schüco.”

And despite the fact that it is mass-produced, it is of course a highly customisable solution, notes Florim’s project manager. There are two reasons for this, one structural and the other market-related. The first concerns the aluminium frame cell itself, which is built to order by Schüco for each specific project based on the various structural, energy and aesthetic requirements. As for the slabs, alongside the numerous customisation options present in the catalogue, there is a strictly commercial aspect to consider: “These kinds of projects typically involve quantities of 5,000, 10,000 or even 20,000 square metres.” As one can easily imagine, with volumes like these any requests for customisation of the ceramic surface are justified.

Despite having only recently been launched on the market, the solution has already attracted keen interest from international architects. The recommended thickness for this type of solution remains 6 mm, while sizes up to a maximum of 160×320 cm can be used.

Last but not least, the solution offers extremely versatile and customisable aesthetics thanks to a vast array of surfaces inspired by the most varied designs, including marble, stone, solid colours, wood and concrete.