Visions of reason | by Alessandra Coppa

“Architecture must incorporate an idea or a vision regarding a specific interpretation of the task at hand and the constraints that are involved. Radicalism, as the expression of a coherent solution, is both useful and necessary.”

What is your design philosophy? What do you mean when you say that “architecture must incorporate an idea or vision regarding a special interpretation of the task”?

Architecture is an important component of society and culture and must be part and parcel of social and cultural criticism. This means it is important to establish a clear position as a starting point for debate. Architecture must incorporate an idea or a vision regarding a specific interpretation of the task at hand and the constraints that are involved. This might mean using the public space or a single building, or simply giving new meaning to traditional forms. Some projects might seem radical by this standard. But radicalism, as the expression of a coherent solution, is both useful and necessary.

For example, in a conversion project the addition or elimination of a single building or fragment creates a new context that “extracts” the existing figures. This may represent a continuation of the foundations or a reinterpretation, for example of the typology. It is important not to fall into the trap of mere reconstruction or academic modernism, which transforms space by removing the limitations of an existing context or maintaining and expanding its qualities. The origin should be comprehensible to the observer and the layman. 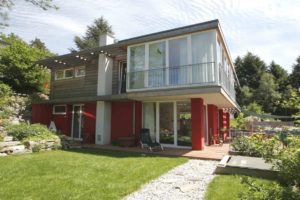 Single-family house built on hillside in Schmitten (Taunus) View towards the terrace, an “open-air lounge” (2005) 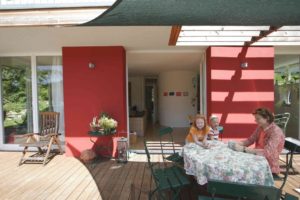 View looking in from the terrace 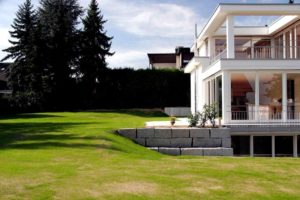 Villa with garden in Bad Soden (Taunus). View towards terrace, the indoor/outdoor space (2008) 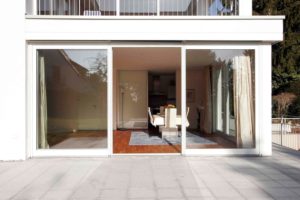 You have carried out a large number of residential building projects: how do you view the relationship between interior and exterior? 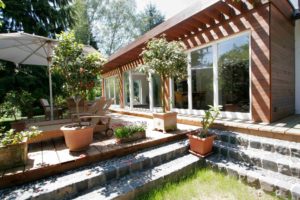 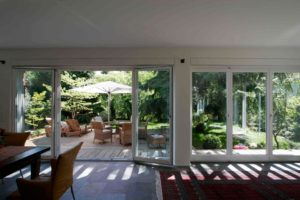 View from interior towards the countryside 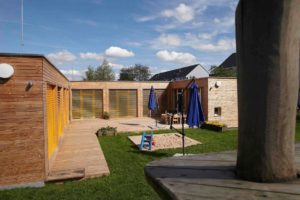 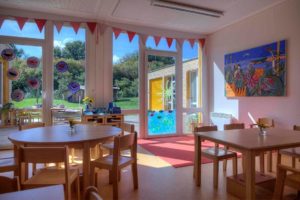 View looking from group room towards the playground

How do your projects relate to their context?

Regional and topographical circumstances (such as climate, as Bruno Taut noted) are factors that have a non-negligible influence on architectural projects. However, I don’t believe that the main focus should be on contextual dependencies. It is more important to develop further concepts oriented towards a high-level design idea that will function as a declaration of intent.

Urban planning should not be based solely on traditional models but should instead adapt to changing needs. This means considering a system of hierarchies created by connecting together multilayered components.

It is not a question of offering something that is “pleasant” but seeking an interaction and developing a “rational” and therefore comprehensible language. 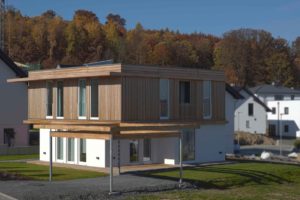 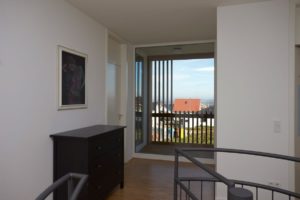 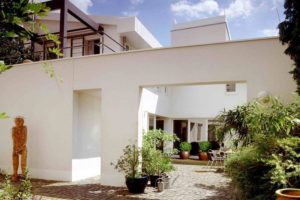 You have taught at many universities in Europe, including Milan Polytechnic and the Accademia di Mendrisio. What do you believe needs to be taught to the new generations?

As part of my teaching duties in Karlsruhe and Detmold, I taught at Milan Polytechnic where we addressed the themes of the city. During a guided tour organised by the Town Planning Advisory Committee of the city of Frankfurt, I was invited by Prof. J. Gubler to a conference on the theme of the suburbs at the Accademia di Architettura di Mendrisio. In Udine I gave two lectures at the University and supervised a student’s dissertation on a project concerning an area of Frankfurt. With regard to teaching, I agree with Luigi Snozzi when he said that “a project is a process of perception, cognition and change of human existence”. I believe that the study of architecture must as far as possible train someone to be critical and responsible and capable of dealing with the issues of our times in a non-superficial way, in other words without seeing the exterior image as the primary goal of a project. The aim of studying should be to achieve a multifaceted vision of space. 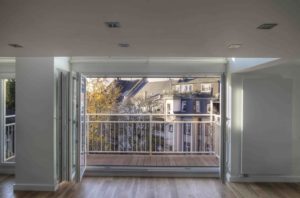 View towards terrace, the indoor/outdoor space 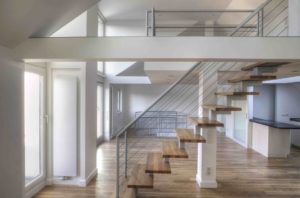 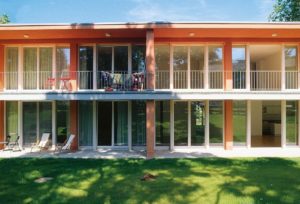 What do you think of the expressive and design potential of ceramic?

Ceramic is an age-old material that has had a special meaning throughout all periods of the history of building. In Milan in particular, the splendid buildings by Luigi Caccia Dominioni are examples of a unique application of ceramic material to façades, typical of their period. I believe that in contemporary architecture ceramic can also make an important contribution to the atmosphere of interior spaces.

Design of public spaces, ground floor and upper floors (both in collaboration with Beate Weller)

History of instructions for use, Frankfurt

Neighbourhood adjacent to Via Magenta, Milan

Enrolled on the Register of Architects, Hessen